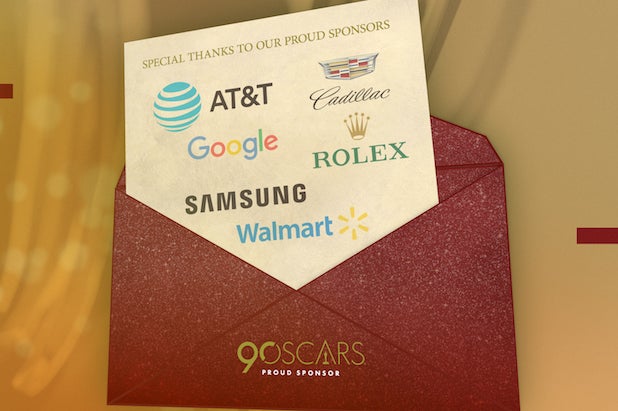 ABC is out of stock. The network has depleted its ad inventory for the 90th Annual Academy Awards two weeks ahead of the March 4 telecast, marking the fastest sellout in Oscars history.

“In addition to being the most highly viewed event that celebrates storytelling and excellence in film, ‘The Oscars’ provides advertisers opportunities to engage with viewers in meaningful ways during a cultural moment they care about,” Rita Ferro, Disney/ABC president of advertising sales, said Thursday. “In celebration of the 90th Oscars, we worked alongside advertisers who developed custom creative – featuring female empowerment, inclusiveness and uplifting themes – that will be sure to resonate with our audience like never before.”

An individual with knowledge of the ad sales tells TheWrap 30-second spots for the Jimmy Kimmel-hosted show went for upwards of $2.6 million, with some sponsors paying as much as $2.8 million (and higher) for a commercial.

For reference, the 2017 Oscars rid themselves of their ad stock 10 days before the Feb. 26 telecast. This year’s show has been sold out since last Thursday.

Produced by Mike De Luca and Jennifer Todd, “The Oscars” will be held at the Dolby Theatre in Hollywood on March 4. The telecast will air in over 225 countries and territories.