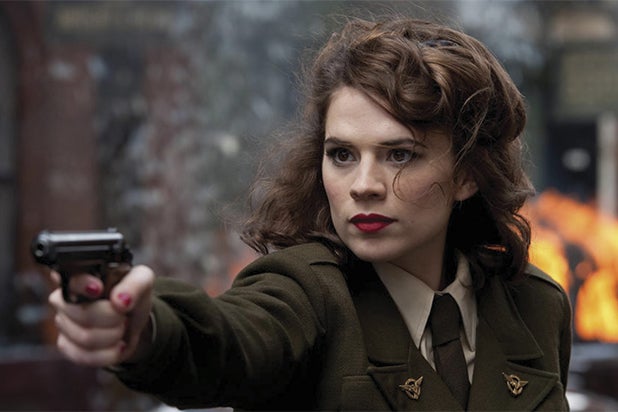 “Agent nd “The Family” have both been canceled by ABC, TheWrap has learned.

“The Family” had only been on the air for one season. “Age aired for two seasons. Both shows failed to find a significant audience.

Atwell originated the Peggye in “Captain America: The First Avenger” and has since played it in four Marvel movies total, including the latest, “Ant-Man.” She also appeared in Kenneth Branagh‘s “Cinderella” and indie “A Testament of Youth” with Alicia Vikander. She is represented by CAA.

Atwell won’t be out of work long, however. Her new pilot, “Conviction,” was ordered to series earlier today. The series tells the story oMorrison (Atwell), the brilliant but ne’er-do-well daughter of a former president, who is blackmailed into taking a job as the head of Los Angeles’ newly created Conviction Integrity Unit.

She and her team of lawyers, investigators and forensic experts work together to examine cases where there’s credible suspicion that the wrong person may have been convicted of a crime.