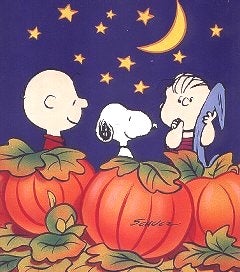 ABC has decided to give viewers a double dose of "It’s the Great Pumpkin, Charlie Brown," airing a half-hour version of the holiday classic on Wednesday, Oct. 28 at 8 p.m. in place of the struggling Kelsey Grammer sitcom "Hank."

The expanded hourlong edition of "Great Pumpkin" will still air the night before, Oct. 27, at 8 p.m. But ABC schedulers apparently think the Peanuts gang could make a better lead-in for "The Middle" than "Hank."

For now, this is a one-time only pre-emption. Still no word on whether ABC will stick with "Hank" during the November sweeps, or possibly replace it with comedy repeats.