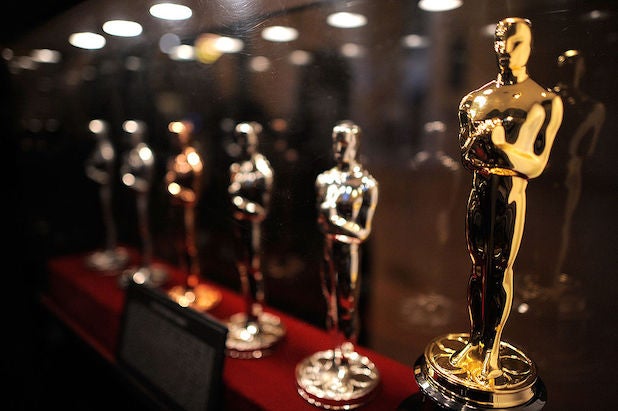 ABC rejected an ad for Sunday’s Oscars from Frida Mom that shows what postpartum can be like for new moms, the company said last week.

Frida, which sells postpartum recovery products, posted the ad to YouTube with a message about why the ad was rejected. The company said in an email to its followers that it was told the ad was “too graphic with partial nudity and product demonstration.”

ABC did not respond to TheWrap’s request for comment, nor did The Academy of Motion Picture Arts and Sciences.

“The ad you’re about to watch was rejected by ABC & the Oscars from airing during this year’s award show. It’s not ‘violent, political’ or sexual in nature. Our ad is not ‘religious or lewd’ and does not portray ‘guns or ammunition,'” the company said in its statement. “‘Feminine hygiene & hemorrhoid relief’ are also banned subjects.”

Also Read: After Oscars, ABC Will Remain Last in Viewers Among Big 4 - But Maybe Not in Key Demo

The ad features a new mom waking up to the cries of her newborn baby. She goes to the bathroom and changes her mesh hospital underwear, large pads and other tasks.

“It’s just a new mom, home with her baby and her new body for the first time. Yet it was rejected,” the statement continued. “And we wonder why new moms feel unprepared. We make products that help women prepare for postpartum recovery.”

ABC’s rejection of the ad has already sparked some backlash. Actress Busy Phillips posted the ad to her Instagram and shamed ABC for rejecting the ad while OKing erectile disfunction ads that are on TV with regularity.

“I legit teared up when I just watched it. Partially because this is clearly an ad made by women who have been there and get it and partially because I DO believe so strongly that the more we can NORMALIZE A WOMAN’S BODILY EXPERIENCE IN MEDIA, the better off our culture and society will be,” Phillips wrote on Instagram. “You probably don’t even flinch when an Erectile Disfunction ad comes on but THIS AD IS REJECTED?! I think this is an incredible piece of advertising that accurately represents something millions of women know intimately.”

Also Read: Death of the Great Oscars Makeover of 2018

“I’m so f—ing sick of living in a society where the act of simply BEING A WOMAN is rejected by the gatekeepers of media,” she continued. “Well. [sic] Shame on them and NOT on us for simply being human women.”

Watch the rejected ad below: