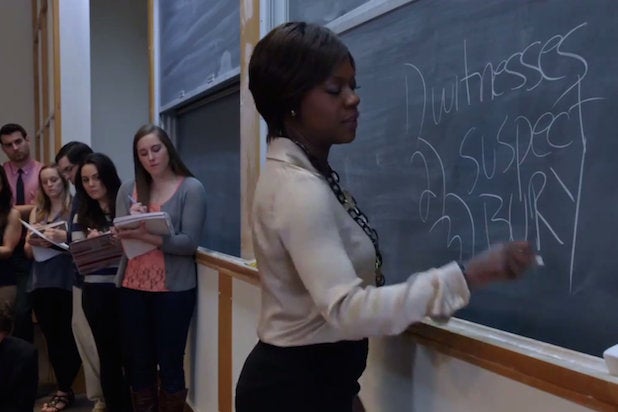 ABC has given full season orders to freshman series “How to Get Away With Murder” and “Black-Ish” just a few weeks in to the season.

That means “HTGAWM” will run for 15 episodes, which is the what star Viola Davis‘ movie schedule allows. And “Black-ish” gets the typical 22-episode season run.

“HTGAWM” was the top series debut of the season and the biggest 10 p.m. drama debut in two years in the advertiser-coveted Adults 18-49 demographic. In it second week, “How to Get Away With Murder” suffered the expected premiere drop off (though more of a drop than most expected) of 18 percent over its debut episode the week before. It earned 3.2/10 in the key demo and garnered 11.8 million total viewers.

Also read: ‘How to Get Away With Murder’ Reviews: At Least Critics Can Agree Viola Davis Is Fantastic

Meanwhile, “Black-ish” opened as the No. 2 series debut and the No. 1 comedy debut on television in the advertiser demo. It also had the best-ever viewer retention out of “Modern Family” for any comedy debut.