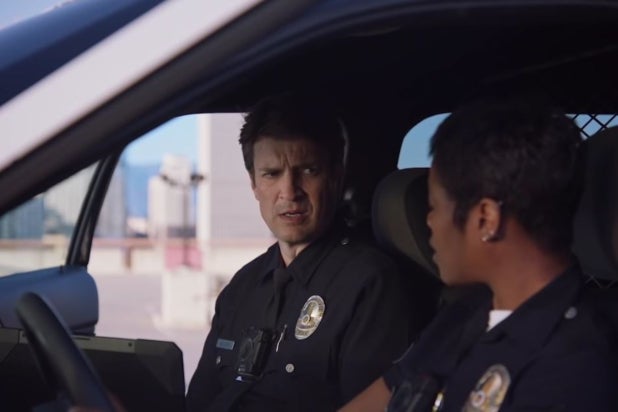 ABC has given its Nathan Fillion-drama “The Rookie” a full season order, the network said on Monday.

At an age where most are at the peak of their career, John Nolan (Nathan Fillion) casts aside his comfortable, small-town life and moves to LA to pursue his dream of being a cop. Now, surrounded by rookies 20 years younger, Nolan must navigate the dangerous, humorous and unpredictable world of a “young” cop, determined to make his second shot at life count.

“The Rookie” is a co-production between Entertainment One (eOne) and ABC Studios. Alexi Hawley is writer and executive producer; Mark Gordon, Nathan Fillion, Michelle Chapman, Jon Steinberg and Bill Norcross are executive producers on the series.

The show is the latest freshman series to get a full season pick-up, joining fellow ABC series “Station 19,” “A Million Little Things” and “Single Parents.” CBS has also given full season orders to “God Friended Me,” “Magnum PI,” “The Neighborhood” and “FBI,” while Fox has given “The Cool Kids” a back-nine pickup. NBC’s medical drama “New Amsterdam” has also been ordered for a full season and the network gave high-concept “Manifest” an additional 3 episodes, for a total of 16 this season.