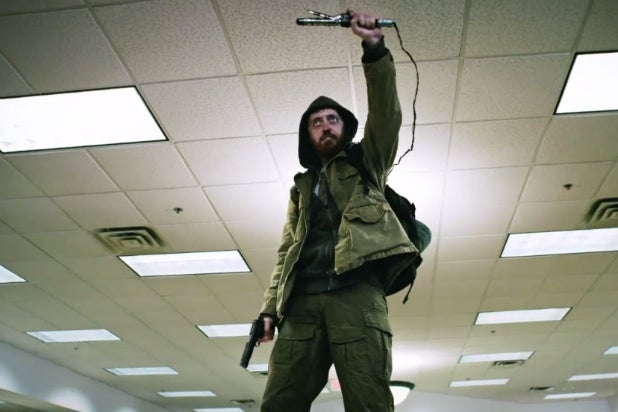 ABC's 'In an Instant'

It only took a few weeks for ABC’s “In an Instant” to solidify its position as the lowest-rated primetime show of the summer across the Big 4 broadcast networks.

The “20/20” spinoff utilizes scripted dramatizations to re-tell “heart-pounding first-person accounts of the world’s most harrowing tales of survival,” per the network’s officially description. The Disney-owned broadcaster goes on to use other big adjectives like “powerful” and “breathtaking,” neither of which would appropriately describe the series’ 0.375 Nielsen average in the advertiser-coveted 18-49 ratings demographic. For the uninitiated, that’s really bad.

CBS’ “Ransom” had the same Saturday problem — and unfortunate distinction — during the traditional 2016-2017 television season. Of course, “Ransom” was a first-season show, while “In an Instant” is (not) enjoying its second year. Compound the aforementioned CBS drama’s problems with warmer weather, and you have a sub-0.4 average.

The actual newsmagazine-style content probably isn’t helping “In an Instant,” either. Those shows skew towards the older 25-54 demo, anyway. Finally, “In an Instant” is a two-hour show, and division by 120 minutes — rather than the 60 for your typical drama — is rarely helpful.

Here’s as good a place as any in this piece to point out that last summer, six episodes of “In an Instant” averaged a 0.6 rating among adults 18-49, while also airing on a Saturday. All numbers in this post are Live + Same Day TV ratings, not counting delayed viewing.

Credit where it is due, however: ABC is pretty bold to air original programming on a Saturday night in the summer. That’s the network’s stance, at least. Or perhaps executives knew “In an Instant” would be a ratings dog, and it simply seemed like the only place to bury it. Either way, here we are.

Close to “here” — somewhere no one wants to be — is ABC’s “Still Star-Crossed” (0.433), Fox’s “American Grit” (0.433) and CBS’ “Zoo” (0.5). “Still Star-Crossed” has already been canceled, John Cena’s Fox competition can’t be much further behind, and “Zoo” has only aired one episode thus far — an all-time low — and is likely to erode throughout July and August. Those shows were scheduled for Monday, Sunday and Thursday nights — so, what are their excuses?

“In an Instant” airs Saturdays at 9/8c on ABC — in case you wanted to be one of the few to tune-in.

"Imaginary Mary" just missed our cutoff, but that's not much to brag about. Jenna Elfman and the gang can scroll through our gallery to see the lowest-rated entertainment series across the Big 4 broadcast networks from the 2016-17 season. These Nielsen TV ratings focus on adults 18-49 and include one week's worth of delayed viewing.