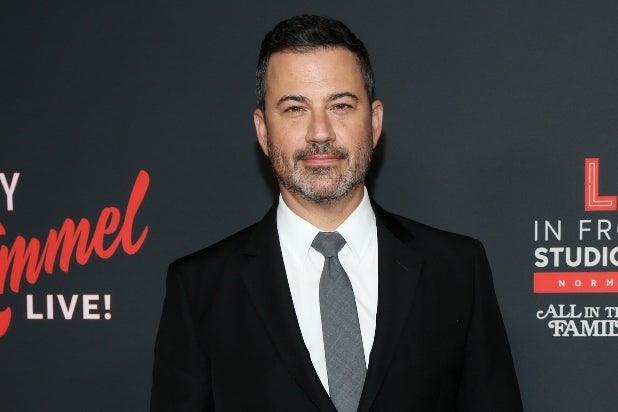 ABC has given a pilot order to a comedy written by Jimmy Kimmel, Shawn Vance and Daril Fannin.

Here is the official logline from ABC: “When a Green Beret returns home to Texas from military service, he and his family struggle with the challenges of adopting his new brother, a 12-year-old Russian boy. Inspired by a true story.”

“Adopted” is produced by ABC Studios in association with Kimmel’s Kimmelot production banner.

The “Jimmy Kimmel Live!” host has also written for Comedy Central’s “Crank Yankers,” “The Andy Milonakis Show,” “The Man Show,” “Windy City Heat,” both the Oscars and the Emmys on more than one occasion, and once for the Grammys in 2002.

Kimmel has been hosting his late-night talk show since 2003. He has also done some acting since then, including voicing the dad in “Boss Baby,” Batman in “Teen Titans GO! to the Movies,” “The Smurfs 2,” “Garfield,” and several characters on “Crank Yankers.” He’s made appearances as himself in “Scandal,” “Curb Your Enthusiasm,” “Trailer Park Boys,” “Entourage,” “Pitch,” “Ted 2,” “The Real O’Neals,” “The Comedians,” “Pitch Perfect 2,” “The Middle,” “Hot in Cleveland,” “Glenn Martin DDS,” and “Hellboy II: The Golden Army.” He’s even got some directing credits up his sleeve for eight episodes of “The Man Show” in 2014.