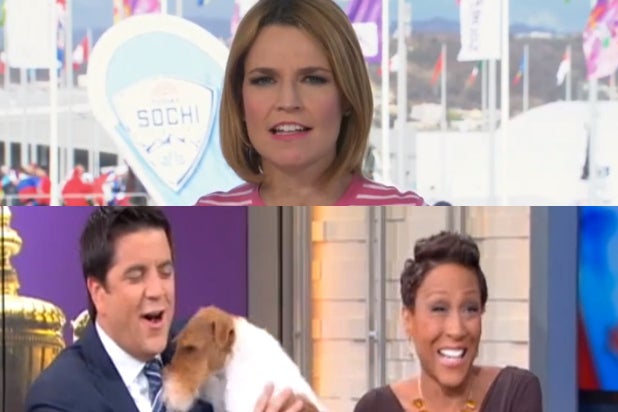 NBC and ABC still cannot seem to settle on the historical significance of who won the morning show battle on Tuesday.

Here’s what is agreed upon, more or less: NBC’s “Today” show topped Tuesday morning in the key demo rating; ABC’s “Good Morning America” edged the competition out in total viewers.

So here is the discrepancy: ABC is claiming that the “Good Morning America” triumph marks the first time that a network without the Olympics topped the following morning in viewers, per their numbers.

NBC does not agree with ABC’s achievement, citing a 1988 “Today” victory when ABC hosted the Olympic Games. Furthermore, both the Nagano and Lillehammer Games were on CBS, which did not air a morning show, and therefore could not have possibly won the early talker race, according to NBC.

This is where the asterisks come in, including this one: In 1992 when NBC aired the Barcelona Games, the “Today” show did not air. The 1992 Games in Albertville, France and the 1994 Games in Lillehammer, Norway both aired on CBS, pre-empting the morning show.

Nielsen has been measuring TV viewers since 1950, and the Nielsen People Meter was launched in the U.S. in 1987 to produce national TV ratings with daily demographic data. ABC is citing that the Nielsen electronic database that it uses (and, according to them, most networks use) only started in 1991.

NBC retorted that primetime nationals tend to be fairly accessible back to the start of the current People Meter sample in Sep. 1987.

“Whether or not ABC has it or not, the data exists and is easy to get and proves that ABC’s claim is just wrong,” an NBC insider told TheWrap. “It seems their ‘argument’ is that they aren’t acknowledging a verifiable fact.”

Therefore, a stalemate has persisted for the past several days, with lowly ratings reporters caught in the middle.

However, since Tuesday’s ratings dust-up “Today” and topped “GMA” in both the demo and viewers. Neither side is disputing.