ABC News’ “20/20” finds itself in unfamiliar — but welcome — Q4 territory: at the top of the Nielsen ratings sheet. The ABC newsmagazine program is beating NBC News’ “Dateline” across the board (so, total viewers, adults 18-49 and adults 25-54) in fourth-quarter ratings for the first time in six years.

The ABC News newsmagazine show is really on a roll: In 2021, “20/20” has led “Dateline” across the board in three out of four quarters. And “20/20” is not just beating “Dateline,” it is beating previous “20/20” quarters. The series, anchored by David Muir and Amy Robach, is up big in all three demos from the third quarter of 2021, and is delivering its most-watched fourth quarter in five years.

“Dateline” had topped “20/20” in total viewers for the past two September-to-May broadcast-TV seasons. 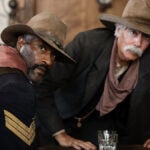 During this year’s ongoing fourth quarter, “20/20” featured ABC News anchor Diane Sawyer’s exclusive interview with children from the Turpin family, the report on the Gabby Petito case, Ahmaud Arbery’s family and his mother’s quest for truth and justice on the heels of the trial, and the report on Julia Rea, who was convicted in her son’s murder until a viewer helped crack the case, to share a few key examples of highlights straight from ABC News.

“20/20” is a long-form newsmagazine program that has been on the air for more than 40 years. It features investigative reports and coverage of high-profile trials, as well as character-driven stories and interviews with newsmakers.

ABC News’ “20/20” airs Fridays from 9:01 until 11:00 p.m. ET on ABC, and is available to stream on ABC News digital platforms and Hulu. David Sloan is the senior executive producer and Janice Johnston is executive producer.