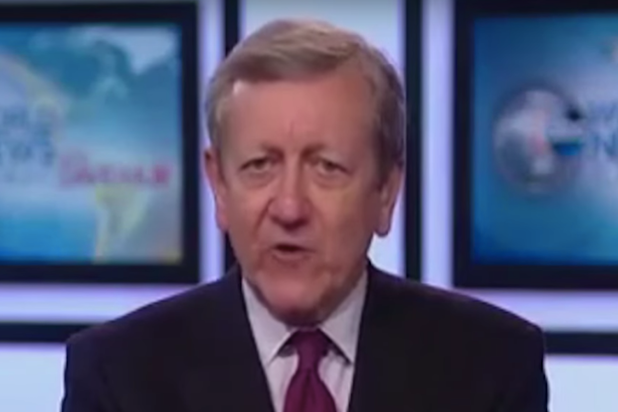 On Friday, ABC News correspondent Brian Ross dropped a bombshell report on “Good Morning America,” revealing that candidate Donald Trump had told him to make contact with the Russians — thus contradicting everything so far coming from the White House on the issue.

The only problem — that was fake news.

Seven hours later, the network updated their story to reflect that the order came from “President-elect” Trump and not candidate Trump — which is a pretty big difference.

CORRECTION of ABC News Special Report: Flynn prepared to testify that President-elect Donald Trump directed him to make contact with the Russians *during the transition* — initially as a way to work together to fight ISIS in Syria, confidant now says. https://t.co/ewrkVZTu2K pic.twitter.com/URLiHf3uSm

The internet, however, was having none of it, raking the network for reporting such a monumental error and then taking hours to issue a correction. Many were furious too that the network statement initially used the term “clarification” before offering a full correction.

Astonishing. The story moved markets, set off a media frenzy, suggested worst possible outcome. This is called a massive correction, or retraction, not clarification. https://t.co/uVUamf4jYY

Can't imagine why media credibility is in the toilet. It's a real mystery. https://t.co/ihXybTkK8r

What makes it worse is that ABC won’t admit its error and now tries to sugar coat it with now calling their correction just a ‘clarification’ – (and other news organizations of course repeated ABC original story) https://t.co/bgZhtK40wB

If we want to regain trust in the media we need to admit our mistakes, especially when as consequential as this. Retract. Correct. Don’t use weasel words to describe it. https://t.co/jFIavaQ4yv

Shotty at best by @ABC https://t.co/PbQtTE91JK

Reps for ABC declined to say whether Ross would face disciplinary actions for the error.