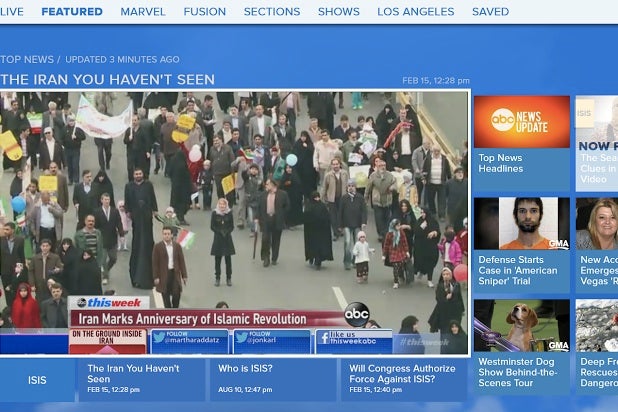 During Oscars weekend, the app will offer clips and live video from ABC News’ coverage, including interviews with nominees and segments on Oscars fashion, trends and history.

Some of the news app’s features include split screen of ABC News live streams on one side while a game or Skype plays on the other; behind-the-scenes footage of ABC-Disney partners, and curated playlists of videos updated throughout day.

“The app for Xbox One is a major step forward in our efforts to develop new creative forms of storytelling and put ABC News everywhere people get their news and information” said ABC News VP of Digital Colby Smith. “The ability to choose from multiple live streams, especially during breaking news and special events, will provide an unparalleled viewing experience for the audience.”