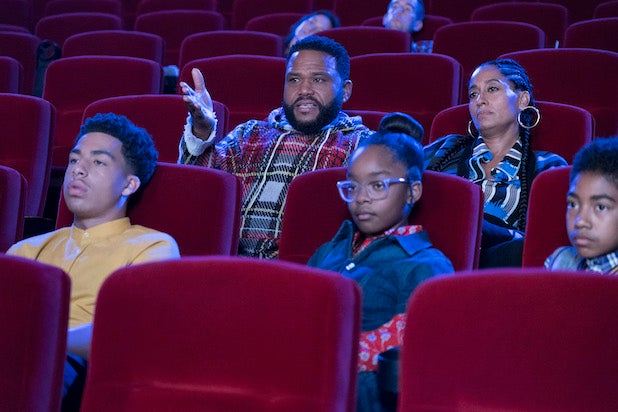 ABC has ordered additional episodes for returning comedies “Black-ish” and “The Goldbergs,” as well as freshman sitcoms “The Kids Are Alright” and “Single Parents.”

Season 5 of the Kenya Barris-created program has been granted two additional installments, while “The Goldbergs” Season 6 and the two new shows are getting one more apiece.

Freshman comedies “Single Parents” (from “New Girl” duo J.J. Philbin and Elizabeth Meriwether) and Tim Doyle’s “The Kids Are Alright” were previously picked up for full seasons at the Disney-owned broadcaster, bringing their new Season 1 episode counts to 23 each.

Also Read: 'The Kids Are Alright,' 'Splitting Up Together' Picked Up for Full Seasons at ABC

Starring Taran Killam, Leighton Meester and Brad Garrett, “Single Parents” centers on a group of dysfunctional single parents lean on each other as they raise their young kids.

Inspired by Doyle’s own childhood, the 1970s-set “The Kids Are Alright” stars Michael Cudlitz and Mary McCormack as the heads of a large Irish-Catholic family with eight boys. Randall Einhorn also serves as an executive producer on the ABC Studios series.