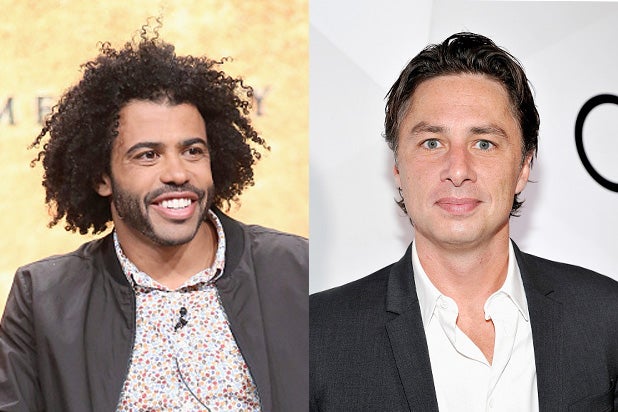 ABC has picked up two new comedy pilots, Zach Braff’s “Start Up” and an untitled sitcom about a rapper who runs for mayor, from “Hamilton” actor Daveed Diggs.

“Start Up” is based on the podcast of the same name, and follows Alex Schuman (Braff), an inquisitive journalist, husband, and father who dives headfirst into the brave new world of entrepreneurship when he quits his stable job and starts his own business. Braff will direct the pilot and serve as an executive producer.

Matt Tarses is the writer and EP on “Start Up,” and John Davis will also serve as an EP. Gimlet Media’s Chris Giliberti, Alex Blumberg and Matt Lieber are also EPs.

The Untitled City Mayor Project will be written and executive produced by Jeremy Bronson. When an outspoken, idealistic rapper runs for office as a publicity stunt and actually gets elected, he surprises everyone (including himself) when he has a natural knack for the job and slowly transforms City Hall.

Diggs is not expected to star in the comedy, and will serve as an EP alongside Jamie Tarses & Scott Stuber and director James Griffiths.

ABC already has two comedy pilots in the works: “Libby & Malcolm,” from Vijay Patel and “Black-ish” creator Kenya Barris, and “Raised by Wolves,” from “One Mississippi” and “United States of Tara” creator Diablo Cody.

On the drama side, the network has the time-travel refugee drama “The Crossing,” the magician crime drama “Deception,” an untitled Shondaland legal drama and a Reba McEntire-led dramedy from “Desperate Housewives” and “Devious Maids” creator Marc Cherry.