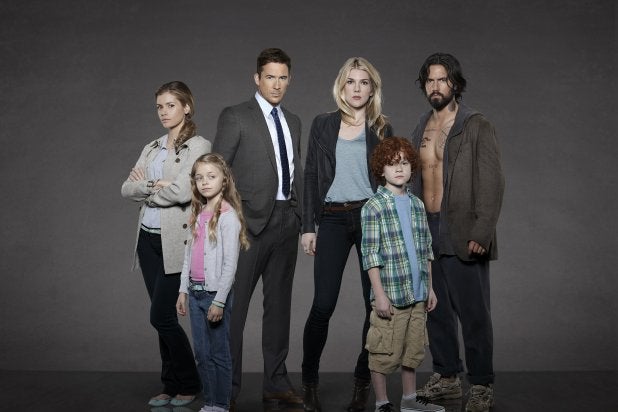 Caskett fans needn’t worry, as ABC has picked up “Castle,” starring Nathan Fillion and Stana Katic, for a seventh season. The network has also ordered alien invasion drama “The Whispers,” and “Galavant,” which is being described as a “musical comedy fairy tale.”

Written and co-executive produced by Soo Hugh, “The Whispers” features an all-star ensemble as they face off against an alien invasion. And these aliens have come for the most unlikely resource on Earth: the children. With the kids unwittingly helping the aliens, the clock is ticking in a race to save humanity.

“Galavant” has gathered an all-star team of creators, featuring screenwriter/executive producer Dan Fogelman (“Crazy, Stupid, Love,” “Tangled”) and the award-winning musical team of composer Alan Menken (“The Little Mermaid,” “Beauty and the Beast”) and lyricist Glenn Slater (“The Little Mermaid,” “Tangled”). ABC Studios was clearly inspired by its Disney parent for this musical comedy fairy tale story of a dashing hero, Galavant (Joshua Sasse), the love of his life, Madalena (Mallory Jansen), and the evil King Richard (Timothy Omundson) who stole her away.