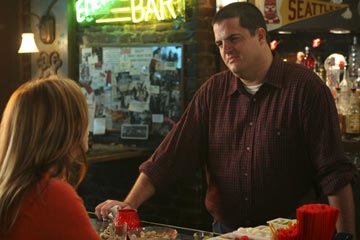 Set primarily in Joe’s Emerald City Bar, the show’s popular hangout joint for doctors and interns, the webisodes follow the trials and tribulations of many of "Grey’s" regulars.

The series premieres Thursday night at ABC.com at 10 p.m., following the broadcast of the latest episode of the ABC medical drama.

Bertolli sponsors the six webisodes, each four to five minutes long, as well as a behind-the-scenes episode that chronicles the making of "Seattle Grace: On Call."

“Our goal with the web series is to expand the ‘Grey’s’ universe by offering a unique perspective of the various happenings at Seattle Grace, while paralleling some of the same storylines seen on the show,” said “Grey’s Anatomy” creator and executive producer Shonda Rhimes. “We hope our fans will enjoy a new take on the familiar ‘Grey’s’ world, which will appear exclusively on our website during the time our actual episodes repeat, from November through January.”