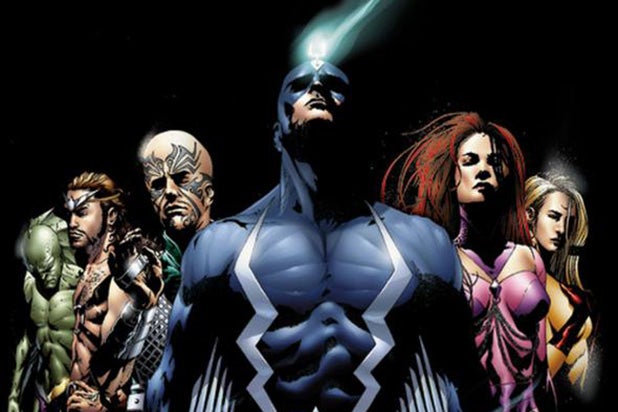 ABC has rounded out the cast for “Marvel’s Inhumans,” as Eme Ikwuakor, Isabelle Cornish, Mike Moh, Sonya Balmores and Ellen Woglom complete the key roles for the Marvel series, TheWrap has learned.

It was previously announced that a version of the first two episodes of the new ABC series, which will be shot entirely with IMAX cameras, will premiere exclusively in IMAX theatres for a two-week window this September, prior to the eight-episode network run.

“Marvel’s Inhumans” will explore the never-before-told epic adventure of the royal family including Black Bolt, the enigmatic, commanding king of the Inhumans, with a voice so powerful that the slightest whisper can destroy a city.

“We’re thrilled with this cast,” executive producer and Marvel’s head of television, Jeph Loeb said. “Eme, Isabelle, Mike, Sonya and Ellen round out an incredible array of talent that will finally bring the Royal Family of the Inhumans to IMAX and ABC.”

Showrunner and executive producer Scott Buck added, “With Eme, Isabelle, Mike, Sonya and Ellen portraying the rest of our leading roles, we have a strong cast that is going to add tremendous depth to our Royal Family.”

“Marvel’s Inhumans” is based on the classic Marvel comic book characters created by Stan Lee and Jack Kirby in 1965. Executive producers on the series are Buck, Loeb and Jim Chory. Roel Reine will direct the first two episodes. Marvel Television and ABC Studios are co-producing. The show was ordered straight-to-series with eight episodes.

See the new casting descriptions below.

Eme Ikwuakor (“Concussion,” “Extant”) will play Gorgon — Cousin of Black Bolt (Anson Mount), member of the Royal family, and leader of Attilan’s military. With super strong legs, complete with hooves, he can generate destructive seismic waves with a single stomp. The ying to his cousin Karnak’s (Ken Leung) yang, Gorgon would rather fight than talk to solve his problems.

Isabelle Cornish (“Australia Day,” “Puberty Blues”) will play Crystal — Medusa’s (Serinda Swan) sister, Crystal is the youngest member of the royal family and has the ability to control the elements. Impetuous and independent she is also deeply devoted to her family.

Sonya Balmores (“Beyond the Break,” “Soul Surfer”) will play Auran – Head of the Royal Guards on Attilan, a capable and no-nonsense woman. She is fiercely loyal to the King of Attilan.

Ellen Woglom (“Californication” “Outlaw”) Undisclosed Character: smart, intense, and focused–so focused that oftentimes, social skills take a back seat. Her job at a private aerospace company is her life, second only to her passion for all things space and lunar. She’s primed to be swept up in an adventure.

Lockjaw as himself — Crystal’s 2,000 lb canine (yes, a dog!) companion; with the ability to teleport.