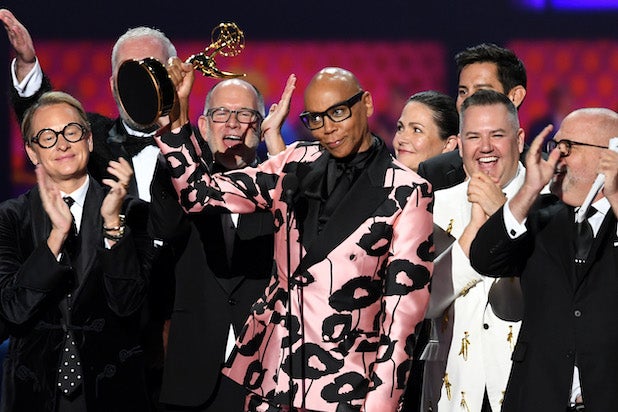 The 72nd Emmy Awards will air on Sunday, Sept. 20 on ABC, this year’s host broadcast network said on Wednesday.

Nominations will come out on Tuesday, July 14, ABC said, and “Host(s) and producers for the telecast will be announced at a later date.”

TheWrap asked network reps if that sentence in the press release means there will definitely be a host this year, to which a spokeswoman replied, “Details are not yet firm.”

Last year’s Emmys, which were on Fox due to the regular rotation, hit a record low in terms of TV audience, with 6.9 million total viewers. The show went hostless.

It had a 1.6 rating among adults 18-49, the demographic most desired by advertisers. Both Nielsen numbers were declines of more than 30% from the prior year when the Emmys aired on a Monday on NBC.

Also Read: Golden Globes by the Numbers: 'Once Upon a Time,' HBO Emerge as Big Winners

The 2020 Creative Arts Emmys are set to take place over two consecutive nights the weekend of Saturday, Sept. 12 and Sunday, Sept. 13.

Both of those ceremonies and all three of those nights will take place at the Microsoft Theater at L.A. Live in Los Angeles.

The 2020 Emmys are scheduled for an 8 p.m. ET start, and air live coast to coast over the following three hours.