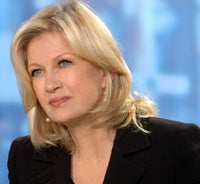 ABC is doing some serious shuffling of its on-air talent.

The network has offered to make Juju Chang news anchor of “Good Morning America,” according to TVNewser.

Chang – who has served in various roles at the network since 1991 — will replace Chris Cuomo, who is in talks with ABC to become the co-anchor of "20/20.”

On Sunday, ABC denied reports that Cuomo had resigned from the network.

Meanwhile, as Diane Sawyer prepares to make her jump from “GMA” to “World News” later this month, ABC is said to be close to naming the always tricky-to-spell George Stephanopoulos — currently ABC News’ chief Washington correspondent  host of "This Week" — as the co-anchor of “GMA,” replacing Sawyer.

An announcement on Stephanopoulos is expected later this week.