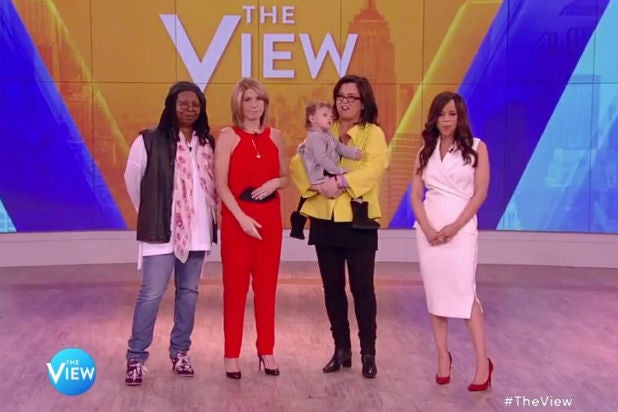 “The View” is going to take its time replacing Rosie O’Donnell — possibly into spring or early summer, a show insider told TheWrap.

The show is in no rush to find a replacement for O’Donnell, who exited for the second time Thursday.

Also Read: ‘View’s’ Rosie O’Donnell on Raucous Send-Off: ‘If That Was Every Day, I Probably Would’ve Stayed’ (Video)

“They’ll take their time to find the right fit,” an insider told TheWrap. “There’s a ton of interest. Expect to see people brought in multiple times and for extended runs.”

Some of those names that will appear are Michelle Williams, Padma Lakshmi, Sam Ponder, Stacy London and Naya Rivera.

The search for a new co-host to join Whoopi Goldberg, Nicolle Wallace and Rosie Perez, who has been rumored to be exiting the show, could extend into late spring or early summer, according to the insider.

Over the last few months, the show has been marred by talks of chemistry issues, swirling rumors of departing hosts and media critics speculating on how it can get its groove back compared to the glory days of strong ratings and buzzworthy casts.

“Now you see, if that was every day, I probably would have stayed,” she joked as the audience chanted her name in response to her dancing to “Low” by Flo Rida. “Thank you. That was very sweet, thank you very much.”

The comedian cited her divorce and health issues as the reason for departing the daytime talk show.