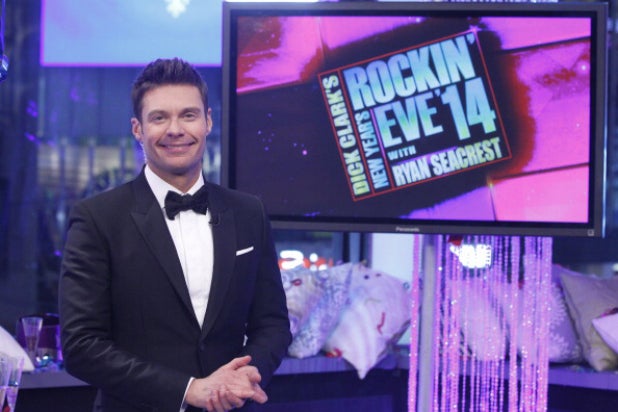 Part 1 — the count-up and count-down portion — of ABC’s “Dick Clark‘s New Year’s Rockin’ Eve With Ryan Seacrest” pulled in its largest audience in 13 years and topped its NBC and Fox competition combined.

Part 2 of ABC’s coverage was up in viewers for the third straight year.