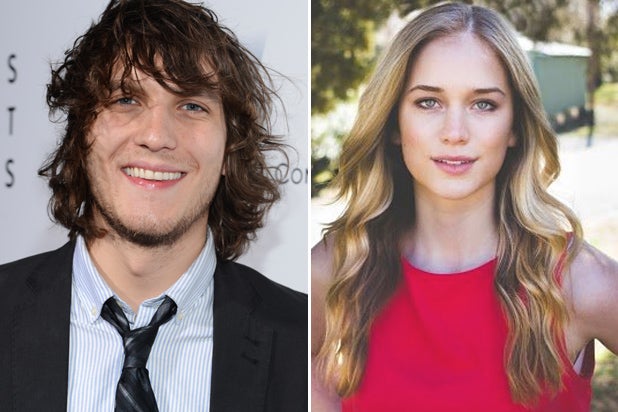 “Once Upon a Time” has cast two important roles for its venture into Disney’s “Frozen” next season.

“Greek” alum Scott Michael Foster will play the role of Kristoff, the courageous mountain man who becomes a companion of the fearless Princess Anna during her quest to find her sister, Elsa the Snow Queen. The part was voiced by “Looking” star Jonathan Groff in the feature film.

Represented by ICM and Consortium, Foster most recently appeared on FX’s “Halt and Catch Fire,” ABC Family’s “Chasing Life” and Showtime’s “Californication,” among others.

Meanwhile, the series has also found Anna in newcomer Elizabeth Lail. Anna is described as the spunky, fearless and innocently awkward younger sister of the powerful Snow Queen Elsa. She embarks on a perilous journey to find her sister in order to save her kingdom from an eternal winter. She is voiced by “Veronica Mars” star Kristen Bell in the big-screen movie. Lail is represented by ICM and Authentic.

There’s no word yet on who will play Elsa.

“Once Upon a Time” revealed at the end of the Season 3 finale in May that it would bring the world of “Frozen” into the fairy-tale drama next season.