Where do we go from here?

Now that the No. 3 star on America’s No. 1 show has decided to up and quit, the aftershocks will continue for days, weeks — maybe months. This story isn’t exactly the death of Michael Jackson, but let’s put it this way: The Obama administration has one more giant media circus to compete with as it tries to sell its health care plan. 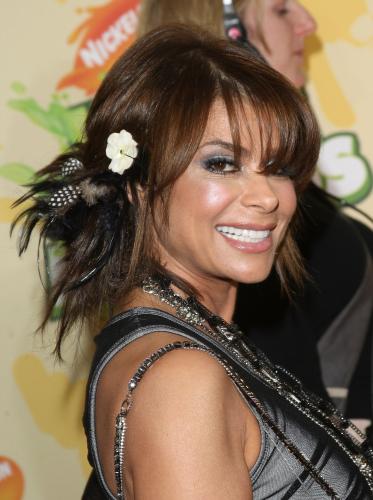 First, an update on what went down.

Fox still isn’t talking beyond its statement, but people familiar with the situation insist that the network very much wanted Abdul to stay. These sources say the network and producers were willing to up Abdul’s salary by a huge 30 percent.

According to the Los Angeles Times, Abdul had been making between $2 million and $4 million per year. If you believe the high end of those estimates — because, really, $2 million sounds way low — then Abdul stood to pull down around $5.5 million per year. And since these deals always run for multiple seasons, Abdul just walked away from around $11 million to $17.5 million.

Yes, Ryan Seacrest is reportedly making almost that much each year of his new three-year pact. But his deal includes monies from multiple other projects he works on for 19 Entertainment. And he has a much more vital role to the show (even if he doesn’t have as passionate a fan base).

That’s what we know right now. What’s next?

– The backlash. Fox can expect to get slammed by the mainstream media, which won’t understand how the network could let the Beloved Paula slip away. Wags will predict the show won’t be the same, that viewers will rebel and that the network is risking its most important franchise.

While multiple executives have been involved in the talks, Fox chief Tony Vinciquerra almost certainly took a lead role in guiding the negotiations, according to people close to the situation. It’s one of the first big deals to happen (or not happen) since Peter Chernin stepped down from News Corp.

Vinciquerra is the ultimate no-B.S. executive. Given the antics of Team Abdul recently (Twittered demands, press attacks from her manager), it’s not surprising things broke down.

But Vinciquerra also had to look at Fox’s overall bottom line. An extra $10 million for Abdul might not seem like much, except when you realized that might have translated into an extra $10 million for Randy Jackson and another $20 million for Simon Cowell once word got out how much Abdul was making. Indeed, jealousy over Seacrest’s deal has already been cited as one of the reasons for Abdul’s big demands.

Ratings for "Idol" are already down, and the ad market — while not as bad as some feared — is still not great. Vinciquerra needed to be financially responsible.

Acting out of fear over what might happen if Abdul left is no way to run a network (although that’s exactly how many networks operate).

– The counterspin. In addition to fiscal sanity, Fox can also make two strong points about why this isn’t the end.

"Idol" is ultimately about the kids who compete. Their "journey" is what drives the show, and it seems unlikely a large chunk of viewers will stop watching simply because Paula won’t be around to stare down Simon and say outlandish things.

And secondly, as long as Simon Cowell is around, "Idol" will thrive. Sure, there will be a core of fans who will watch less, or maybe not at all. But Cowell, along with the kids, is the key to "Idol."

It’s unclear if Fox has quietly wrapped a deal with Cowell, who still has one year left on his current contract. The L.A. Times hinted a pact was close last week. If not, Cowell’s camp ought to send Team Abdul the biggest floral arrangement ever, because Cowell might now be able to simply ask Rupert Murdoch to just sign over the Fox network to him right now.

– The rivals. People often speculate as to whether Abdul is nutty — or crazy like a Fox. I have zero evidence to support this next theory, but what if Team Abdul actually already has a deal in place elsewhere? And what if all they really wanted was to make Abdul a bigger star?

Given the tough financial climate, I’d be shocked if any broadcast network overpaid for Abdul. But a sum that doesn’t work for Fox might work for an NBC or ABC. A $20 million, three-year deal would not be an impossible pill to swallow.

Or, it could just be that Abdul just pulled a McClean Stevenson. He quit "M*A*S*H*" because he wanted more prominence. Instead of stardom, he got … "Hello, Larry."

– The wildcard scenario: It seems all but official that Abdul won’t be back on "Idol." But this is TV. Reality TV, no less. Twists are always a possibility. The "Futurama" voice cast were history … and they they weren’t. There’s always a chance, as one reporter colleague of mine said tonight, that both sides will come to their senses. If not …

-- Bottom line, this is a sad day for TV fans. Abdul’s departure really is like a divorce, or even a death in the family. "Idol" is a carefully-formulated TV recipe, and Wacky Paula was a key ingredient.

"American Idol" probably doesn’t need four judges, but let’s face it: Losing Kara DioGuardi — or even my dawg Randy Jackson — would be a lot easier to take for die-hard fans.

Sure, you can argue that Abdul’s antics had become stale. Even though I think her musical commentary was the sharpest it’s ever been last season, her banter with Simon had become pretty dang predictable, a waste of time better spent on, say, longer musical performances. Or more plugs for Coke.

Sometimes family members who might seem annoying or maddening can turn out to be sorely missed when they’re gone. My Uncle Freddy often made holiday dinners tense with his drama, but now that he’s gone– he died before he turned 60– I’d give anything to have him back at the table.

Fox may have good reason to let Abdul walk away. "Idol"– which was going to lose more viewers next year no matter what– will remain a very popular show for several more years.

But anyone who tells you this isn’t a bummer of an event for American pop culture is just blowing kisses in the wind.