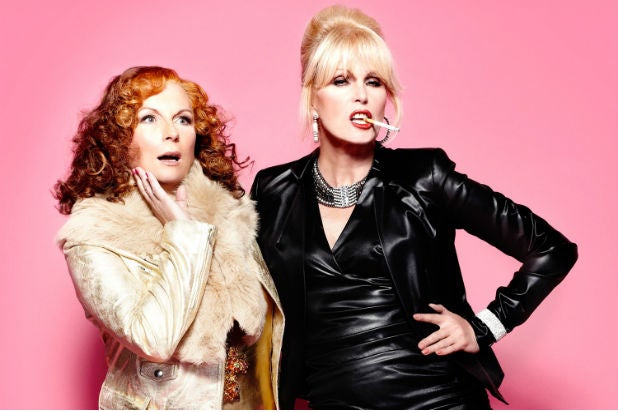 It’s time to break out the champagne and cigarettes to celebrate because “Ab Fab” is officially heading to the big screen.

Creator and star of the hit British sitcom, Jennifer Saunders, confirmed that the “Absolutely Fabulous” movie will begin filming later this year.

She broke the news Wednesday on U.K. talk show “Loose Women,” after being asked if there was going to be a movie. “Yes, there is,” Saunders said, adding that she initially rejected the idea. “I didn’t do it for a while because I thought, ‘wouldn’t it be awful if it was awful,’ but now we’re all so old … Joanna [Lumley] says ‘do it before we all die.'”

“There is a plot [for the movie] and that’s the miracle. It involves all the main characters and virtually everyone that’s ever been in the series, all those characters and we’re in London and sometimes we might go to the South of France, I’m hoping,” Saunders told the ITV talk show.

“I’m waiting for the budget. It could be anywhere — if it’s a big budget it will be the Bahamas,” she said. “I’ve got another deadline on May 8th … and then we’ll probably do it in the autumn.”

Along for the ride is best friend and enabler Patsy Stone (Lumley), whose drug abuse, alcohol consumption, and promiscuity far eclipsed even Edina’s. The voice of reason was Edina’s daughter, Saffron (Sawalha), the most grounded of the bunch.