The new Academy Museum of Motion Pictures has completed the installation of an exhibit viewers can really sink their teeth into: the only surviving full-scale shark model from Steven Spielberg’s 1975 summer blockbuster “Jaws.”

The 25-foot long, 1208-pound model is suspended 30 feet above the third floor of the building and represents the largest object in the museum’s collection to date.

The Academy Museum said in a statement that the week-long installation of the 25-foot shark was completed on Nov. 20.  The model is the fourth, final and only surviving version of the shark derived from the original “Jaws” mold, the statement read.

The original mechanical shark was rumored to be named Bruce by director Spielberg, appropriately, after his lawyer. The name has stuck for 45 years.

“It’s been a long journey for Bruce since he was acquired in 2016, and we couldn’t be happier to welcome him to his new home,” said Academy Museum Director and President Bill Kramer. “We look forward to our opening when museum visitors can engage with our exhibitions, experience our beautiful Renzo Piano-designed building, and come face to face with one of the most iconic characters in film history.”

Some details of big fish story: The first mechanical shark was designed by art director Joe Alves with a 25-foot-long body, a 400-pound head and jaws almost five feet wide.  There were three production models used on screen, all cast in latex and rubber, all of which rotted and were destroyed.

The Academy Museum’s shark was cast in fiberglass for display at Universal Studios Hollywood at the time the movie was released. It remained at Universal until 1990. From there it went to Nathan Adlen’s family junkyard business in Sun Valley CA. In 2016, the museum acquired the shar through a contribution from Adlen, and the fish underwent a seven-month restoration by special effects and makeup artist Greg Nicotero, founder of KNB-FX.

They didn’t need a bigger museum to accommodate Bruce’s arrival, but the fiberglass creature did not fit in the museum’s elevators. A team had to remove two panels from the Saban Building’s curtain wall of glass to crane Bruce into the space.

Check out more from Bruce’s installation in the video above and the photos below: 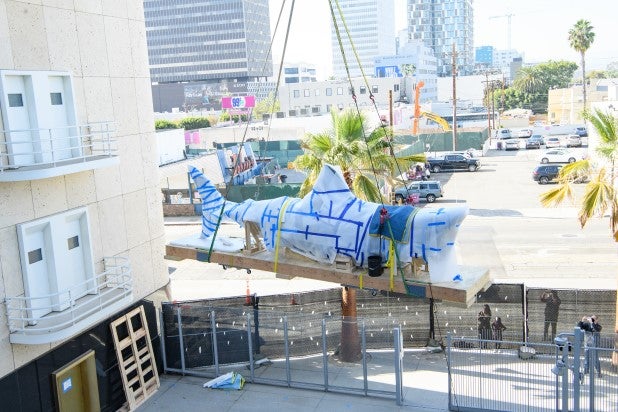 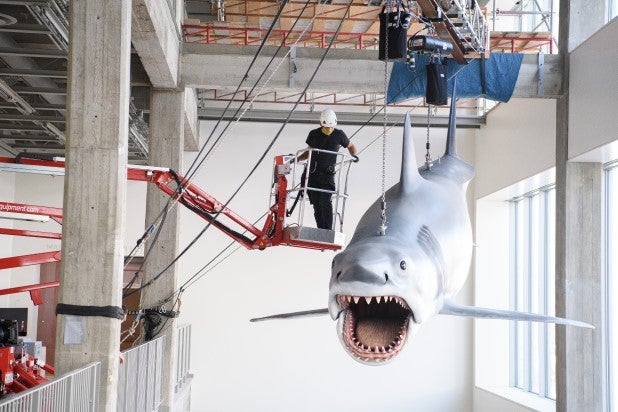 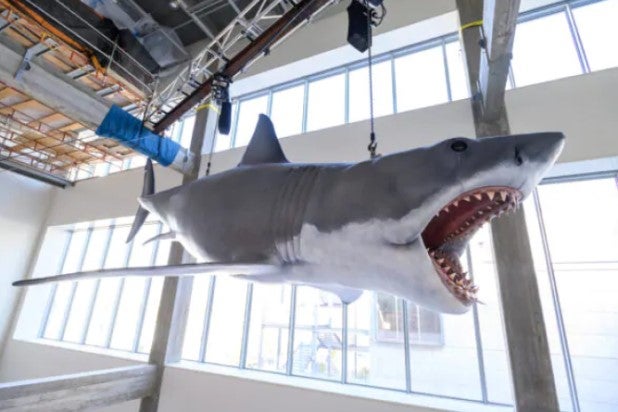