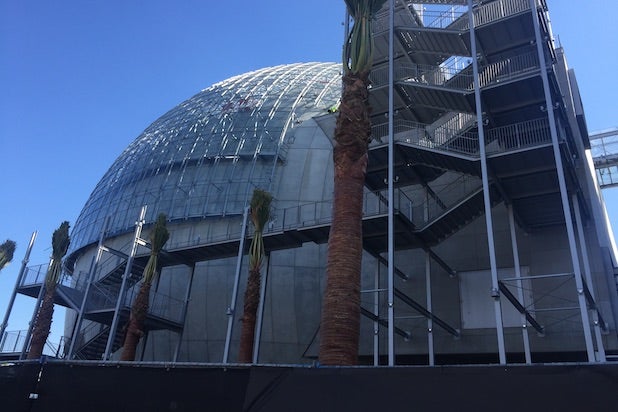 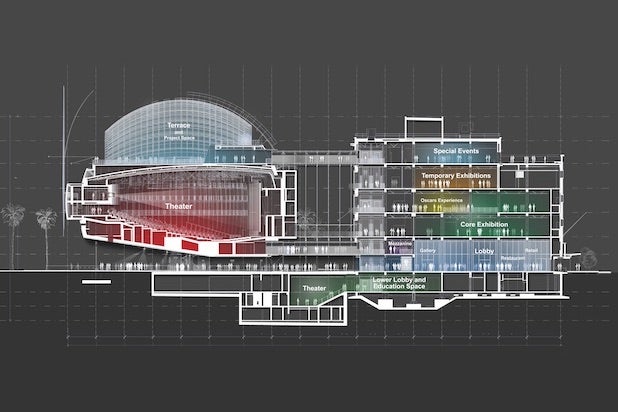 A plan for the museum shows two theaters, three floors of exhibition space and a special events space on the top floor. 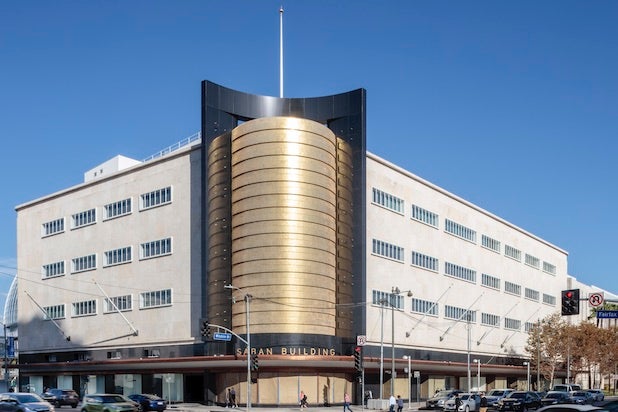 The cylinder that fronts the 1939 Streamline Moderne building that formerly housed the May Co. department story is covered with 350,000 one-inch-square gold tiles. Two-thirds of them have been restored, and the other one-third replaced by new tiles from the original manufacturer. 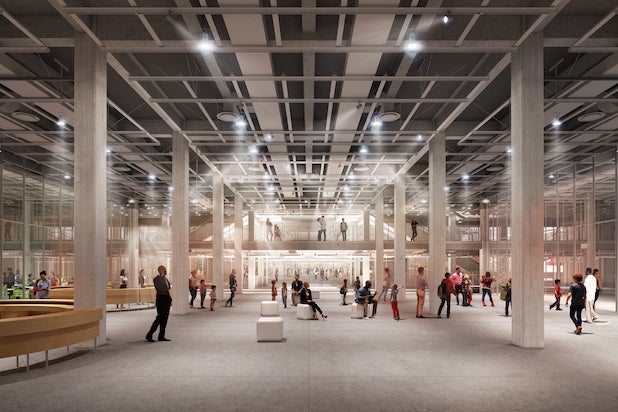 The lobby, shown in an artist's rendering, will open onto a gift shop, a restaurant and the Spielberg Family Gallery. 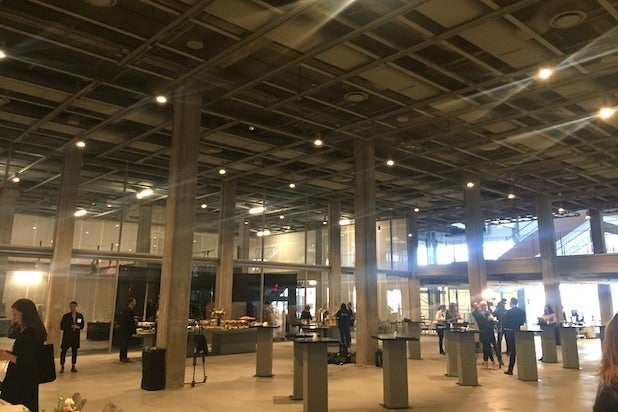 The current state of the lobby, whose interior will retain an industrial feel, is undergoing lighting and color tests. 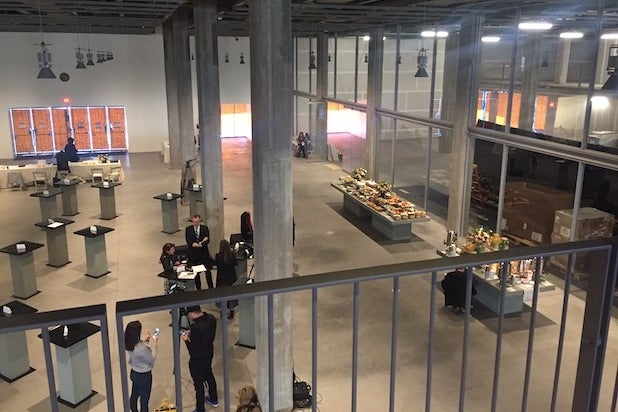 The right-hand side of the lobby, as seen from a second floor landing, will house a restaurant. 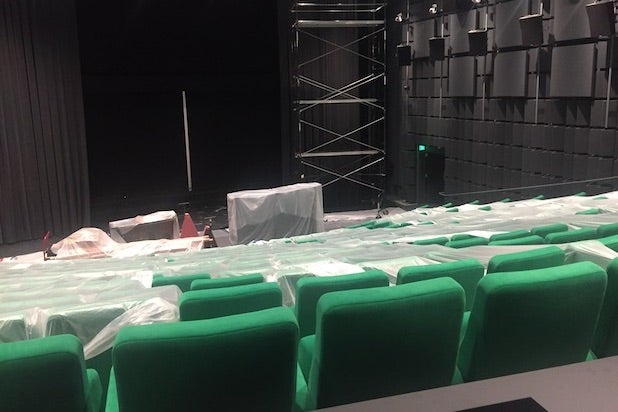 One floor below the lobby will be the Ted Mann Theater, which will seat 280 people. The Shirley Temple Education Studio will also be in this area. 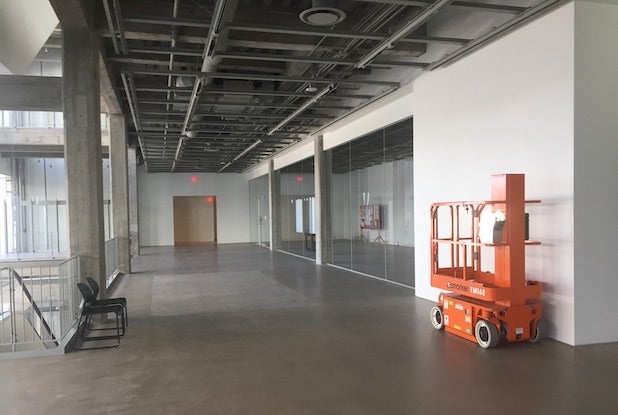 The second floor will contain part of the core collection of exhibits, which will change about once a year. 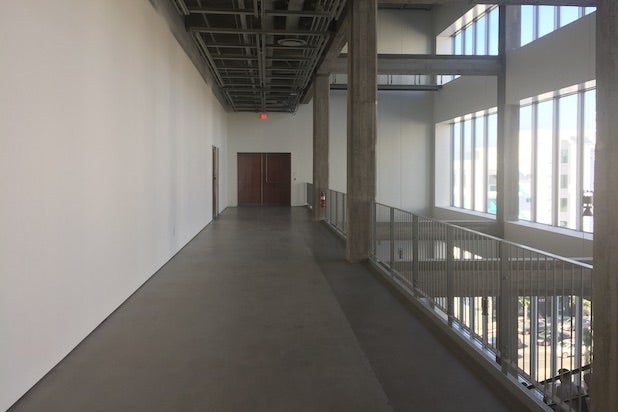 The third floor, with exhibition spaces that are not yet visible (they're behind the wall on the left), will contain more of the core collection as well as exhibits co-curated by filmmakers. 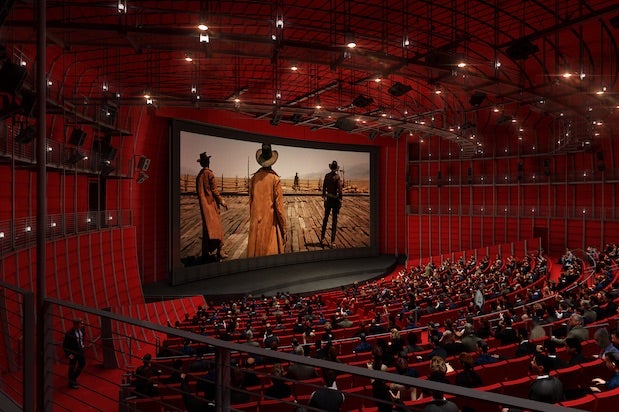 The David Geffen Theater, seen in this artist's rendering, will seat 1,000 people and is envisioned to hold movie premieres, screenings and events. 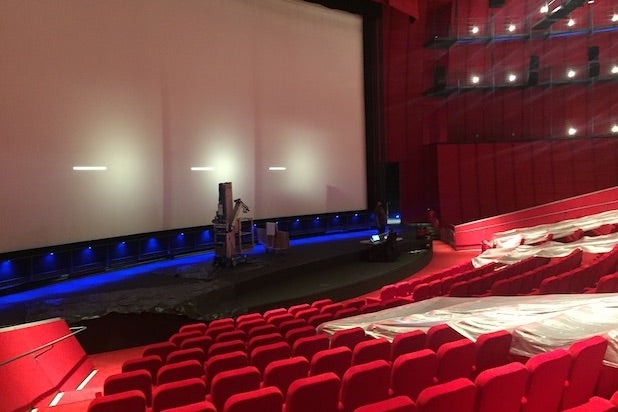 Currently, most of the seats have been installed in the theater, though some were removed for the special needs of the Jan. 13 Oscar nominations announcement, which took place in the building. 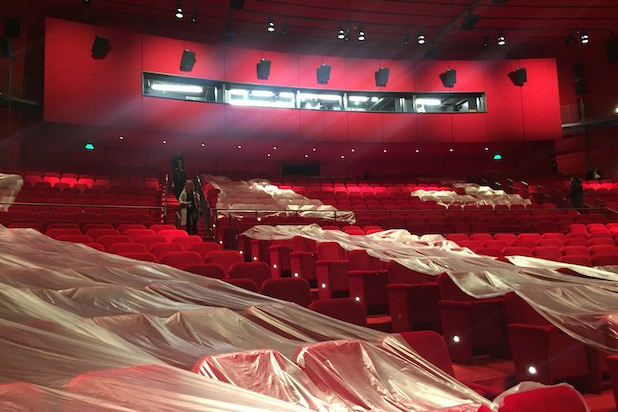 Projection facilities in the theater can accommodate everything from the newest digital technology to old nitrate prints. 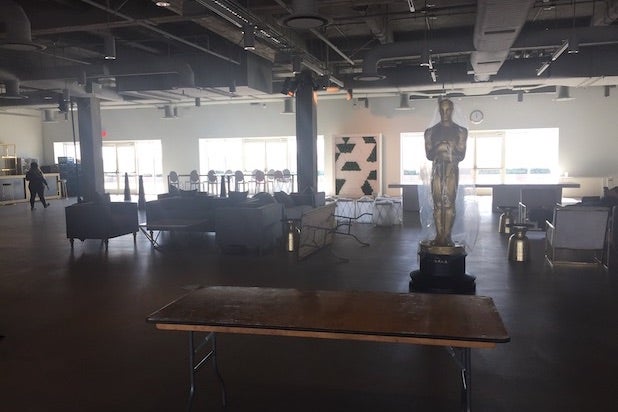 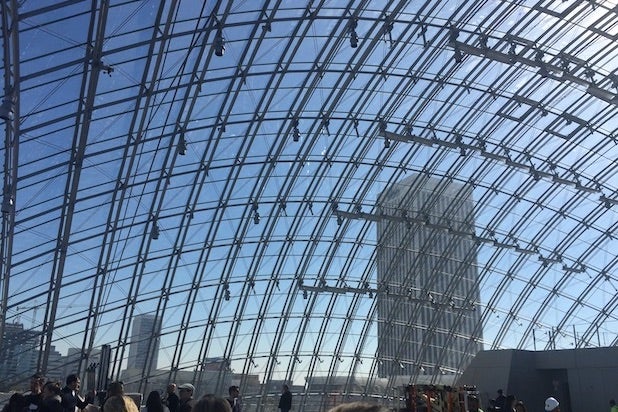 The dome over the Dolby Family Terrace consists of 1,500 panes of glass from Austria, held in place by steel from the Czech Republic. 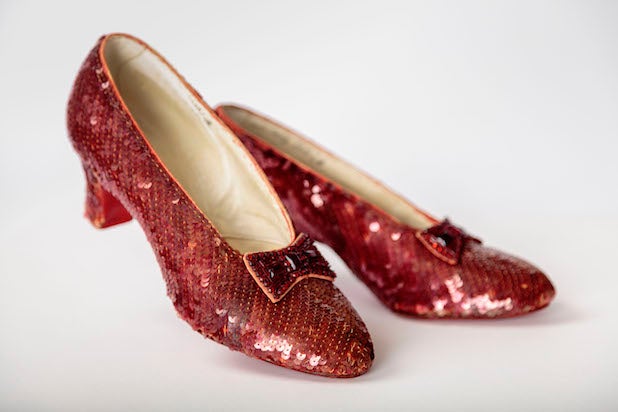 One item guaranteed to be on display in the museum: the ruby slippers from "The Wizard of Oz," which was released the same year the May Co. building opened.
x
Looks like you're enjoying reading