The Academy Museum of Motion Pictures plans to open its doors Sept. 30 with a slate of programs including a global film series; conversations, panels, symposia and lectures celebrating film artists and film history; as well as a raft of education and family programs,  the museum announced Wednesday.

Virtual pre-opening programs are planned to kick off April 22, a few days before the April 25 Academy Awards. The museum’s opening was delayed from a planned April 30 opening close to the Oscar ceremony due to pandemic concerns.

In a virtual news conference Wednesday, museum director and president Bill Kramer said that with the rollout of the vaccine, the museum predicts it will be able to open its doors Sept. 30 on schedule but “we will not open if it’s not safe.” However, the executive said that “we are feeling very good about” being able to open.

The pre-opening programming will begin with “Breaking the Oscars Ceiling,” a conversation hosted by museum trustee Diane von Furstenberg and moderated by Jacqueline Stewart, the museum’s chief artistic and programming officer.

Also Read: Academy Museum President Says Only the Pandemic Could Push Back the Opening (Again) After Years of Delays

At a virtual presentation by the museum on Wednesday, Lee said that the galleries will provide a “sneak peek” into his filmic influences. He also said he hoped his work would connect with public school youth. “I want to see yellow school buses lined up and double-parked” around the museum, Lee said. 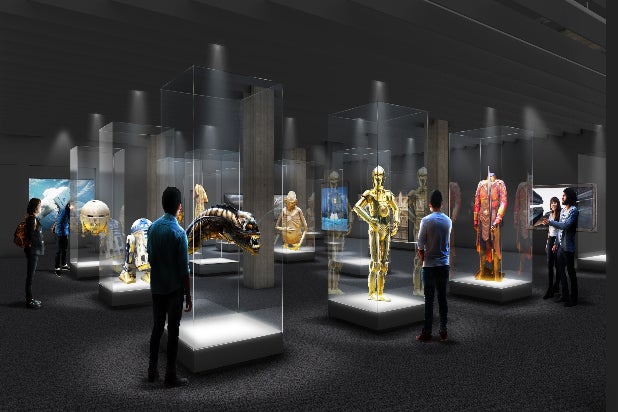 Academy Museum Foundation/Image by WHY Architecture

Pre-programming also includes film screenings and conversation with the  artists, including cast and crew of the 2011 film “Pariah”  and a screening of “Y tu mamá también” (2001) celebrating the creativ partnership between cinematographer Emmanuel “Chivo” Lybezki and writer-director Alfonso Cuaron.

The museum will open with previously announced exhibits including the temporary exhibition “Hayo Miyazaki” in conjunction with screenings of all of his features both Japanese with English subtitles and with English dubbing.

Other films to be presented at the museum’s 1,000-seat David Geffen Theater and 288-seat Ted Mann Theater include films by Satyajit Ray, Haile Gerima and Pedro Almodóvar.