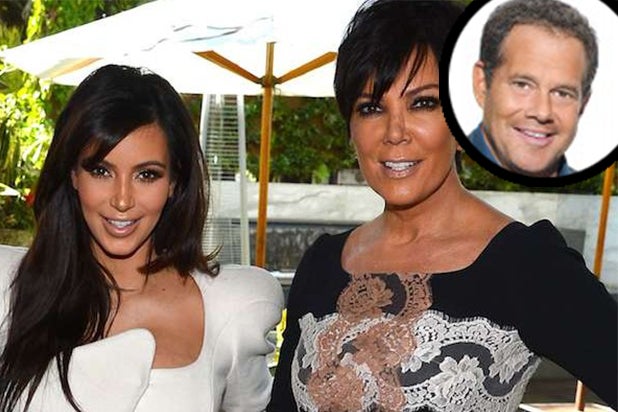 Rob Silverstein, the executive producer of “Access Hollywood,” is standing up to Kardashian family manager Kris Jenner after she “blacklisted” his outlet from covering Kim Kardashian‘s 33rd birthday party at Tao nightclub in Las Vegas on Friday.

“We were planning on covering, but Kris Jenner has ‘blacklisted’ us,” Silverstein wrote in an editorial response published on the Access Hollywood website. “The reason: She was not happy with a review we aired of her talk show.”

Also read: How E! Is Handling Kris and Bruce Jenner’s Split on ‘Keeping Up With the Kardashians’

Jenner’s talk show ended its six-week test run on Fox TV stations in August, but its future is still unclear. Silverstein, however, doesn’t sound like he’s holding his breath for its return.

“First, her talk show was not great and she is not a talk show host, no shame in that. The landscape is littered with failed talk shows. Bethenny is finding that out right now,” he wrote. “‘Access Hollywood’ reports on the Kardashians. We have fun with the Kardashians, but we are not mouth pieces for the Kardashians.”

While Silverstein joined the long line of the family’s critics who maintained the “Kardashians are famous for being famous,” he admitted their rise to fame was “no small feat.” But their overwhelming presence in pop culture can be problematic.

“Their popularity causes a lot of internal issues at our show; producers want us to ‘cover real stars who have talent,'” Silverstein added. “We get e-mails from viewers all the time asking us to cut down or even eliminate our coverage of the Kardashians.”

Silverstein concluded his piece on the family, titled “A Different Take on the Kardashians,” by pointing out how their approach to publicity has changed, but his outlet’s approach to covering them will not.

“When they were just starting out on this journey, they would take any publicity they could get, now it appears they are being selective. That is their right,” Silverstein wrote. “Our right is to cover the family as openly and fairly as we cover all of Hollywood and despite the ‘blacklist,’ that’s exactly what we will keep on doing.”