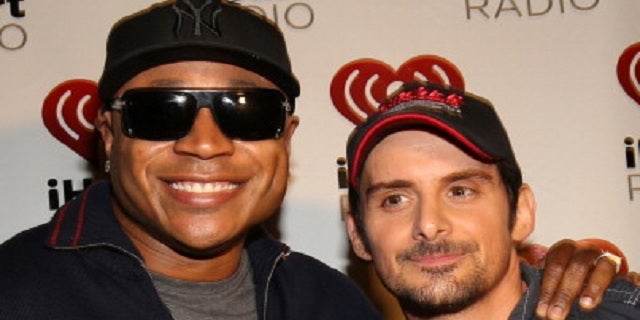 "Accidental Racist," the collaboration between country singer Brad Paisley and rapper LL Cool J, is being met with harsh criticism online — but not for the song's subject matter.

Twitter users rushed en masse to give the new song a thumbs-down in 140 characters or less — because, the general consensus seems to be, it's just plain awful.

In the song, Paisley assumes the role of "just a white man comin’ to you from the Southland, tryin’ to understand what it’s like not to be."

Admitting to being "caught between Southern pride and Southern blame," Paisley continues, "I’m proud of where I’m from but not everything we’ve done."

"Mama Said Knock You Out" rapper LL Cool J, meanwhile, chimes in, "Dear Mr. White Man, I wish you understood. what the world is really like when you’re livin’ in the hood."

He continues, "Just because my pants are saggin’ doesn’t mean I’m up to no good, you should try to get to know me, I really wish you would."

It isn't so much the sentiment that the Twitterverse seems to be taking issue with, but rather the execution.

Time columnist James Poniewozik weighed in, "I like Brad Paisley. I like LL Cool J. Kind of wish I could Eternal Sunshine this song from memory."

Deadspin and Gawker columnist Drew Magary, meanwhile, offered a simple "Hoo boy" in reacting to the song, later quipping, ""Accidental Racist? WORST SEQUEL EVER." -Geena Davis." (That would be a play on Davis' movie "The Accidental Tourist.")

Complex magazine offered, "So LL Cool J and Brad Paisley have teamed up for a song called 'Accidental Racist.' Feel weird yet?"

To be fair, the song has earned some kudos from tweeters, but they appear to be in the minority.

For his part, Paisley told EW.com of the song, " I think that we’re going through an adolescence in America when it comes to race. You know, it’s like we’re almost grown up. You have these little moments as a country where it’s like, ‘Wow things are getting better.’ And then you have one where it’s like, ‘Wow, no they’re not.’"

Paisley and LL Cool J might be trying to move the country in a more colorblind direction, but if the general public's reaction is any indication, they're going about it in a pretty tone-deaf way.

What do you think of the song? Let us know in the comments section after listening to "Accidental Racist" below.