“The Accidental Wolf,” the thriller web drama from First Look Entertainment’s streaming platform, Topic, has been greenlit for a third season, TheWrap learned exclusively on Monday.

The series is the brainchild of writer/director Arian Moayed, who plays Stewy Hosseini on HBO’s Emmy-winning hit “Succession.”

Initially conceived of as a film, it was turned into a web series in 2017, landing an Emmy nomination for Tony-winner Kelli O’Hara as Katie, a Manhattanite who receives a phone call from a dying man begging for help for his pregnant and wounded wife, Tala. Despite being told the call was a prank, a story which her husband (Mike Doyle) believes, Katie begins the dangerous task of trying to find Tala.

The revamped series debuted on Topic in November 2020, and the second season premiered on the platform on Dec. 30, 2021. 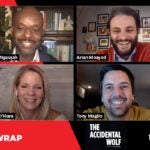 Also Read:
‘The Accidental Wolf’ Stars and Creator Explain Why the Topic Thriller Feels So Relevant to 2020 (Video)

In Season 2, Katie’s family threatens to medicate her and take away her daughter for refusing to give up her obsessive search for the truth.

In the four-episode third season, Katie will go on the run with a mysterious woman (“When They See Us” Emmy-nominee Marsha Stephanie Blake), who is also seeking answers in the deadly cover-up.

“Where will Katie go to next? Has Tala been found? Where are the drones from? There’s nothing more exciting than being able to finish a story, speak to the times that we live in, and complete a journey towards enlightenment. Who is the Accidental Wolf?” Moayed said of the series’ third season.

“In all its versions, ‘The Accidental Wolf’ has been rendered with empathy, gratitude, and a belief that there’s a way to keep building and deepening this story. Season 3 continues in this tradition through the generosity and resiliency of a special community of artists. Central to all of this happening is Arian’s preternatural ability as a storyteller to allow human beings to feel seen, heard and understood,” executive producer Damon Owlia said. 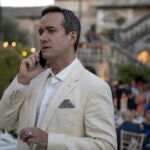 “We have seen Arian’s vision for ‘The Accidental Wolf’ grow from the initial mystery and intrigue of Season 1 to the plot-driven strength of the second season, out now, to the edge-of-your-seat finale that concludes Season 3,” Topic’s general manager Ryan Chanatry said.

Gena Konstantinakos, Topic’s VP of originals, added, “Arian is an auteur with a very strong point of view on the world. He’s using suspenseful entertainment to say something that matters, which is exactly what we look for in a Topic Original.”

The third season of “The Accidental Wolf” is executive produced by Moayed, Owlia, Chanatry, Konstantinakos and Gregory Franklin of Franklin Theatrical Group, as well as Jayne Baron Sherman of Mom’s Money Productions.