Employees at video game publisher Activision Blizzard staged a mass walkout Wednesday at the company’s offices in Irvine, Calif., a move intended to pressure the company into creating a better work environment for non-male employees as well as equalize pay.

Activision Blizzard was sued by the state of California’s Department of Fair Employment and Housing last week for cultivating a culture of work that was, according to the suit, “akin to working in a frat house.” Alleged misconduct and gender discrimination at Activision are rampant, according to the lawsuit, including inappropriate commentary on female employees’ bodies, rape jokes and unwanted touching or groping at work.

The “Call of Duty” and “Overwatch” publisher is also accused of paying female employees less than their male counterparts for doing the exact same duties.

Activision Blizzard and its CEO, Bobby Kotick, did not immediately respond to TheWrap’s request for comment on both the lawsuit and the walkouts. In a letter to employees and investors on Tuesday, Kotick called the company’s response to the lawsuit “tone deaf” and said, “It is imperative that we acknowledge all perspectives and experiences and respect the feelings of those who have been mistreated in any way. I am sorry that we did not provide the right empathy and understanding.”

Blizzard previously dismissed the claims and told NPR in a statement on July 22, “The DFEH includes distorted, and in many cases false, descriptions of Blizzard’s past. The picture the DFEH paints is not the Blizzard workplace of today.”

In an open letter to management published yesterday (via Polygon), nearly 3,100 Activision Blizzard employees urged the company to do better. The Santa Monica-based gaming firm employs around 9,500 people globally, according to funding database PitchBook Data Inc.

Employees said in the letter, “Our company executives have claimed that actions will be taken to protect us, but in the face of legal action — and the troubling official responses that followed — we no longer trust that our leaders will place employee safety above their own interests. To claim this is a ‘truly meritless and irresponsible lawsuit,’ while seeing so many current and former employees speak out about their own experiences regarding harassment and abuse, is simply unacceptable.”

The letter continued, “We call on the executive leadership team to work with us on new and meaningful efforts that ensure employees — as well as our community — have a safe place to speak out and come forward.” Employees also demanded Activision issue new “official statements that recognize the seriousness of these allegations and demonstrate compassion for victims of harassment and assault.”

Other demands the employees are lobbying for include the end of mandatory arbitration clauses in contracts, which they told NBC News “protect abusers and limit the ability of victims to seek restitution.” Employees are also requesting Activision Blizzard enact policies to improve diversity, inclusion and equity. Additionally, they are asking Activision to be more transparent by publishing pay data, promotion rates and salary ranges for all employees, and to hire a non-biased entity to audit the company’s HR and executive departments. 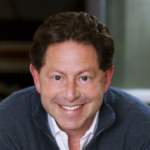 On Wednesday, people both in and outside the gaming world voiced their support as #ActiBlizzWalkout began trending on Twitter. The official “Modern Warfare” account tweeted Wednesday morning, “We encourage you to show solidarity with the #ActiBlizzWalkout by not playing or streaming any titles published by Activision Blizzard today.” Others urged gamers not to play Activision titles today in solidarity with the employees.

Check out some more reactions to the lawsuit and the walkout below.