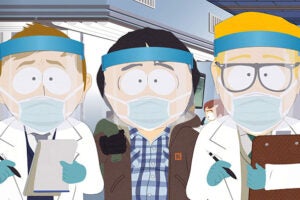 The Actors’ Equity Association, which represents actors and stage managers in live theater, is upset with the changes made by the Equity League to the stage actors’ health plan in response to the COVID-19 pandemic.

The changes will increase the minimum number of weeks that actors will have to work per year to qualify for the health plan. Currently, members who work 11 weeks qualify for six months of coverage, and 19 weeks earns a year of coverage.

As the plan is jointly managed by trustees from both the union and employers, Association President Kate Shindle and the union’s council voted in favor of a resolution directing union trustees to withdraw support from the changes and to postpone any public announcement regarding the health plan until further studies could be performed.

Instead, the Equity-League Health Fund announced on Thursday that actors would have to work 16 weeks for six months to be eligible for the standard health plan coverage, and that 12 weeks would only qualify for a plan with higher out-of-pocket costs that only covers in-network providers.

Shindle said that the changes risk depriving thousands of actors of their health coverage, particularly nonwhite actors who have historically faced casting bias, actors on maternity leave and participants outside of major cities like New York and Los Angeles where stage acting opportunities are not as widespread.

Also Read: 'We Are Being Left Behind': Retired Hollywood Actors Protest Changes to SAG-AFTRA Health Plan

“I am deeply frustrated that today’s announcement was made against the wishes of the Council and that no study has been returned to Council about how these changes might impact our members who face hiring bias,” Shindle said. “We all understand that there is no escaping the devastating loss of months of employer contributions nationwide, and no alternative aside from making adjustments to the plan. But I believe that the fund had both the obligation and the financial reserves to take the time to make better choices.”

The changes come two months after similar cuts were made in Hollywood to the SAG-AFTRA health plan, raising the minimum earnings requirement and eliminating residuals as an option to meet that requirement. The changes have been criticized by the guild’s Los Angeles local and by Hollywood retirees, who are concerned that they will not be able to afford Medicare supplement coverage for necessary treatment previously covered by the guild health plan.