The new IMAX trailer for “Ad Astra” shows Brad Pitt getting into even more action as he hunts for his missing father Tommy Lee Jones in outer space. This trailer for 20th Century Fox and Disney James Gray’s space exploration epic will play exclusively in IMAX theaters beginning on Sept. 6.

Audiences are given an extended look at Pitt’s freefall sequence from a space station, as well as a gunfight atop rovers seen in the previous trailers. Pitt’s search will also take him to the red planet Mars, and his spacecraft is seen escaping a massive energy explosion in space.

“Ad Astra” tells the story of an astronaut named Roy McBride (Pitt) who travels to the outer edges of the solar system to find his missing father and unravel a mystery that threatens the survival of our planet. His journey will uncover secrets that challenge the nature of human existence and our place in the cosmos. This trailer specifically plays up the deep admiration and relationship Pitt has for his father.

“I do what I do because of my dad. He gave his life in the pursuit of knowledge, because up there is where our story is going to be told,” he says in the clip. “He was the first man to the outer solar system. He was a pioneer. But there was much more to him than that.”

Gray’s film, which he directed and co-wrote with Ethan Gross, also stars Ruth Negga, Liv Tyler and Donald Sutherland. Disney and 20th Century Fox are releasing “Ad Astra” in theaters and on IMAX screens on Sept. 20.

There’s also an IMAX exclusive poster for the film, which you can see below. Watch the new trailer for “Ad Astra” above. 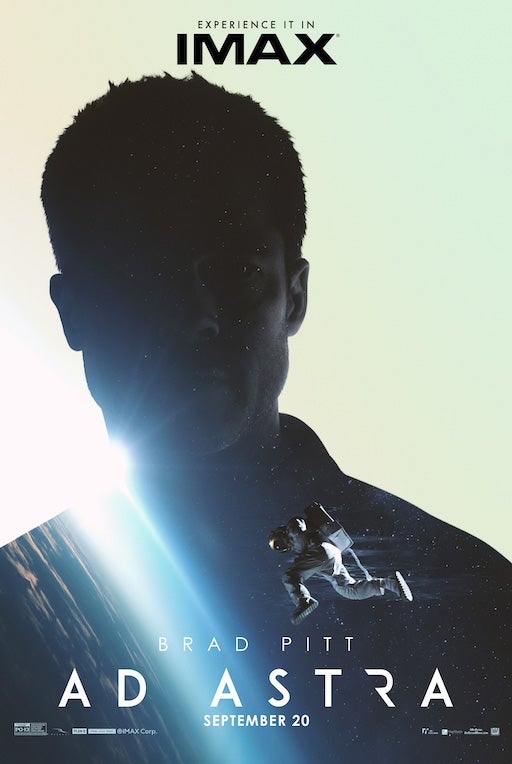