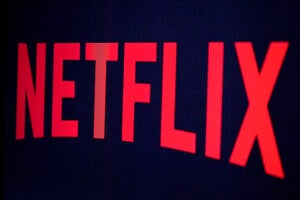 Magna Global, one of the largest firms responsible for buying and placing advertisements, has revised its forecast for this year and next due to the uncertainties surrounding the coronavirus pandemic and its eventual economic impact.

Labeling the pandemic as a “combination of the Great Recession and 9/11,” Magna Global now predicts traditional media advertising to decline by 12% this year, including a 13% decline in national TV ad sales. For the TV business, 2020 was supposed to be a brief stemming of yearly declines because of political spending for the general election and the Summer Olympics. Earlier this week, the IOC officially delayed the Tokyo Summer Olympics until next year.

Political ad spending, which is still trending 26% higher when compared to the 2016 cycle, will stabilize the local TV sector, which is expected to see a massive downturn in all other forms of ad sales. Magna predicts full-year revenues for local TV will still be up 1%.

“The current situation is totally unprecedented, but the closest historical equivalent would be a combination of the Great Recession and 9/11; a brutal economic downturn and a ‘Black Swan’ national disaster,” Vincent Letang, executive vice president, Global Market Research, said. “Its effects on supply, demand, and media consumption are more complex and widespread than in any ‘normal’ economic recession in the past, and some of them will outlast the current crisis. Nevertheless, there will be an ‘after.’ At this stage, Magna anticipates ad market stabilization and rebound in the second half of 2020, and moderate growth in 2021.”

In total, Magna Global now expects ad spending in the U.S. to drop 2.8% to $217 billion, after previously forecasting ad spending to grow by more than 6.6%. The decline is due to the fact that many industries hit hard by the pandemic, including travel, restaurants, movie studios and retailers are expected to severely pull back on ad expenditures.

However, Magna does predict a rosier outlook for 2021 and a small rebound in the back half of 2020. For starters, the postponement of the Tokyo Games until 2021 means that next year could see a windfall. Ad spending industry-wide is expected to increase 4% (up from its prior forecast of 3.7%) with the actual ad dollar growth to be up 2.5% (from the 1.4% growth the firm previously forecast).