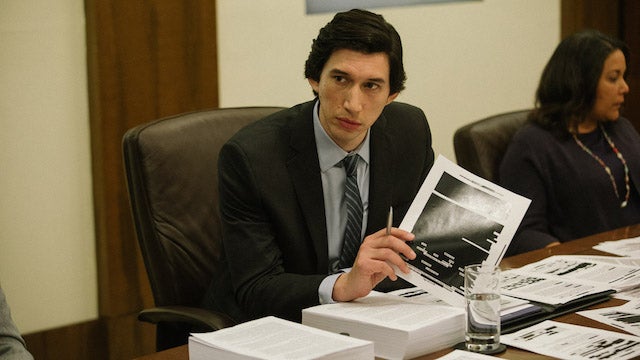 After another all-night negotiation, Amazon Studios has acquired the worldwide rights for the fact-based political thriller “The Report” for around $14 million, an individual with knowledge of the deal told TheWrap.

The Vice Studios and Unbranded production, which premiered at this year’s Sundance Film Festival, was written and directed by acclaimed filmmaker Scott Burns and stars Adam Driver, Annette Bening and Jon Hamm.

“The Report,” following one man’s pursuit of justice and adherence to oversight and accountability, chronicles not only the CIA’s secret torture program, but also the remarkable struggle to release the report that tested the nation’s separation of powers and the rule of law.

Amazon is targeting a fall theatrical release later this year during the awards corridor.

Amazon kicked off Sundance with a major $13 million acquisition of the Mindy Kaling-Emma Thompson comedy “Late Night,” which premiered to great fanfare during the festival.

Vice Studios has two other films at Sundance: “Judy & Punch,” the debut film from Australian writer-director Mirrah Foulkes, starring Mia Wasikowska and Damon Herriman; and “The Mountain,” which was directed by Rick Alverson and stars Jeff Goldblum and Tye Sheridan.

Additionally, Vice has “The Beach Bum,” which will premiere at SXSW March 9 and hit theaters March 22nd.

That film, directed by Harmony Korine and starring Matthew McConaughey, Isla Fischer, Snoop Dog and Zac Efron, will be released in partnership with Neon Film.