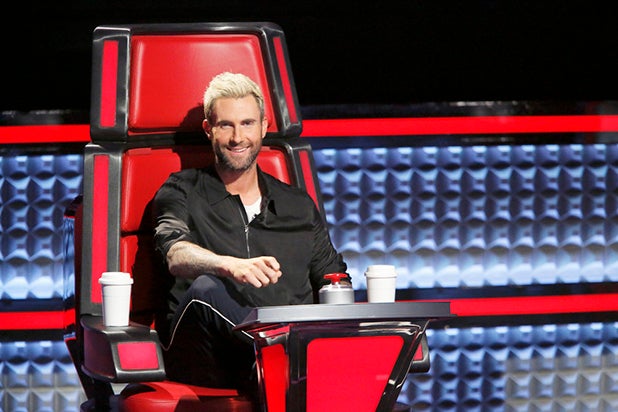 NBC may have pulled the trigger a bit too soon on its Season 17 announcement of “The Voice” coaches: Adam Levine is leaving the show, a network spokesman confirmed for TheWrap. Gwen Stefani is set to replace the Maroon 5 frontman on this fall’s run of the hit singing competition.

“The Voice” host Carson Daly first announced the news on this morning’s “Today” show, where he phrased the departure as Levine’s decision.

After 16 seasons, @adamlevine has decided to leave @NBCTheVoice and @gwenstefani will take his place in the chair for season 17! pic.twitter.com/dpsb0qhqZu

Levine later confirmed the news in a lengthy Instagram post thanking NBC, the contestants, the production team, his manager, his on-air colleagues, and “Blake f—in’ Shelton.”

Just two weeks ago today, NBC announced to media that Levine would be returning for the fall installment, Season 17, as would Kelly Clarkson, John Legend and Blake Shelton. Perhaps that was a bit hasty.

A spokesperson for Levine did not immediately respond to TheWrap’s request for comment on the sudden about-face. NBC declined comment.

Stefani, the lead singer of No Doubt and an even more successful solo artist, has served as a “Voice” coach on three seasons: 7, 9 and 12. She’s also been an advisor twice.

Also Read: Inside the NBC Upfront: 'SNL' Mocks 'Morning Joe,' Tina and Amy Think They're at the Golden Globes

Levine’s departure will make Shelton the longest-tenured coach, and the only one with the program for each run since its 2011 launch.

For fans who will miss the Levine-Shelton rivalry, Stefani vs. Shelton could be extra interesting this time around as the two musicians are dating.

About 8 years ago, Mark Burnett convinced us to sign up for this show where you sit in a big red chair with your back turned away from the singers on the stage. First thank you must go to Mark. ❤️ We had no idea what we were doing or where it was going. After the first day of shooting, I sat there, stunned. I said to myself “theres some magic here. Something is definitely happening.” It went on to be a life shaping experience that will be close to my heart forever. Thank you NBC for signing me up. I am truly honored to have been a part of something I’ll always cherish for the rest of my life. Thank you to every single coach I ever sat in those chairs with. That is shared experience that is singularly ours. We have that for life. Thank you to everyone who supported this long strange and amazing left turn into a place I never thought I’d go. Thank you Carson Daly for babysitting the musicians and making sure our shoes were tied and we had our lunch boxes. You are the backbone of this thing and we appreciate you more than you know. Audrey, thank you for being perhaps the most patient person in all the free world. 4 musicians all at once is a lot. Sainthood is imminent. Thank you to Paul Mirkovich and the band for their ridiculously hard work and learning more songs than maybe any band ever. ???? Thank you to the people behind the scenes who do the real work and make this machine hum. To the amazingly talented vocalists who competed on the show and blew my mind on a daily basis. And, BLAKE FUCKIN’ SHELTON. I couldn’t hide my love for you if I tried. Seriously. I tried. Can’t do it. Our friendship is and always will be one for the books. Whatever this whole surreal experience was, Im just happy I got to experience it with you. You’re my brother for life. Kelly and John, take care of the cowboy and I’m sure I’ll be back to say hi very very soon. So much love to you both. And lastly, to all of the loyal voice fans, there’s literally no show without you guys. For me, it was time to move on. Your support has meant EVERYTHING. And Lastly, I’d like to thank my manager Jordan for convincing me to take that meeting. ???? What an amazing ride. Thank you all so much. ❤️ Adam