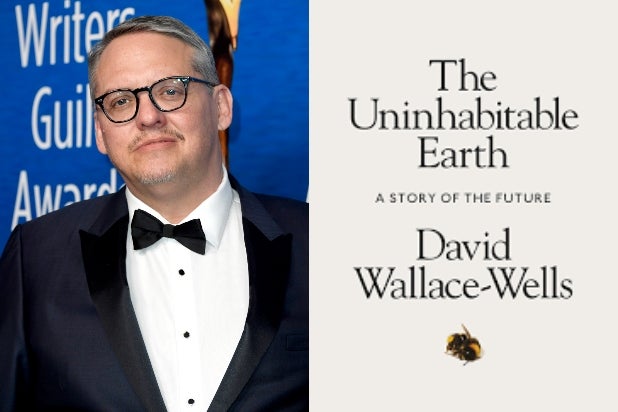 HBO Max has given a series order to an anthology series written and directed by Adam McKay (“Succession,” “The Big Short”) called “The Uninhabitable Earth.”

Hailing from Wiip, the series is inspired by David Wallace-Wells’ best-selling book and New York Magazine article of the same name, about the impending perils of climate change such as rising sea levels, food shortages, refugee emergencies, climate wars and economic devastation.

McKay recently landed a five-year, overall television deal with HBO and HBO Max, and is set to write and direct the first episode.

According to HBO Max, the series “will be comprised of stand-alone fictional stories covering a wide range of genres and possible futures that could result from the rapid warming of our planet.” Top directors and writers will be enlisted throughout the first season “to join in creating a provocative and entertaining series that taps into our unease with just how delicately our planet is teetering on the precipice.”

“Adam is one of the rare artists who can deliver a pointed, impactful message in a piece of great entertainment,” said Kevin Reilly, chief content officer of HBO Max and president of TBS, TNT and truTV. “I can’t wait to see what he does with this material, as there is no timelier and more relevant message than a wake-up call on climate change and the growing impact on our lives.”

“I’ve been chomping at the bit to get this show going. I’m very happy that HBO Max stepped up and made the commitment. There’s obviously no subject as vast and daunting,” McKay said.

“The Uninhabitable Earth” is executive produced by Hyperobject Industries’ Adam McKay and Kevin Messick (“Succession”), wiip’s Paul Lee (“Dickinson”) and Mark Roybal (“No Country for Old Men”), and Animal Kingdom’s David Kaplan (“It Follows”) and Andrea Roa (“It Comes at Night”). Wallace-Wells will serve as a consulting producer.

HBO Max is a new streaming service from WarnerMedia expected to debut in May 2020.