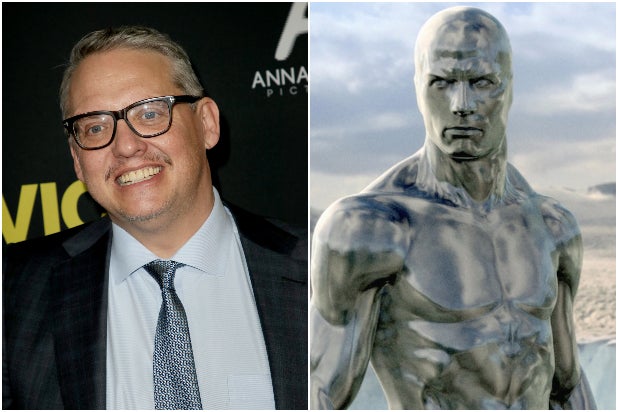 If Adam McKay wants to take a break from the political satires about the housing crisis and Dick Cheney, he has a dream fallback project at Marvel: a “Silver Surfer” movie.

The “Vice” director spoke to Josh Horowitz on the “Happy Sad Confused” podcast this week and said he would “do anything” to make a movie about Silver Surfer.

“Silver Surfer is the one I want to do, man. I would do anything to do Silver Surfer, because visually that would be … you could do what the Wachowskis did with ‘Speed Racer’ with the Silver Surfer. At the same time, there’s a great emotional story in there to save his planet.”

McKay had originally turned down the opportunity to direct “Ant-Man” after Edgar Wright dropped out of the project. But upon rewriting the movie with star and friend Paul Rudd, he called working with Marvel and Kevin Feige a “career highlight” and would love to do something with the studio again.

“I really enjoyed working with Feige. There’s a reason that thing is clicking. That guy’s got good taste,” McKay said. “I would definitely go back there and work, and then I got a big, giant Ant-Man poster signed by Stan Lee out of it.”

Silver Surfer is a Marvel property that was owned by Fox, and the character made its way to the screen back in 2007 with the “Fantastic 4” sequel “Rise of the Silver Surfer.” But now there could be new life for the property given the Fox merger with Disney, which seemed to be news to McKay.

Horowitz also asked McKay if he was on the shortlist to direct “Guardians of the Galaxy, Vol. 3,” which he brushed off.

“We’ve talked a little bit,” McKay said. “We were kicking around the idea of the ‘Inhumans’ at one point. No, we’re always kind of talking.”

McKay even said he would like to do a movie about Nova, a slightly more obscure comic character that first debuted in 1976, and he speculated that Feige might even be kicking around an idea on that front.

Listen to the whole podcast here, and hear McKay’s comments about Marvel around the 39 minute mark.