The band Haim — consisting of sisters Este, Danielle and Alana Haim — have a tradition of celebrating Hanukkah with fun new songs posted to their social media accounts. Naturally 2021 was no different, and this year they treated fans to an absolutely delightful cover of Adam Sandler’s classic “The Chanukah Song” that won them the seal of approval from Sandler himself.

Sandler’s original, a song he debuted on “Saturday Night Live” in 1994, was a pretty innovative idea. Sandler begins by noting that the holiday season is stuffed with Christmas songs, but there aren’t a lot of Hanukkah songs, hence his song, written for the Jewish kids who don’t have anything fun to sing. The song then proceeds to list off a ton of famous Jewish people so that Jewish kids won’t feel so alone, like David Lee Roth and Kirk Douglas, and it notes that both Paul Newman and Goldie Hahn are half Jewish; “Put them together, what a fine lookin’ Jew,” the song says.

Since then it’s become a staple of Sandler’s act, and he’s updated it several times with new humorous references, including multiple jokes about people who aren’t Jewish. (One version jokes that Marlon Brando looks like he ate one.) It’s also become something of a seasonal staple — come on, you’ve already heard it several times before you clicked on this post. We love it, you love it, and Haim also loves it. 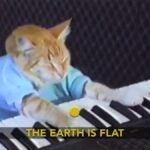 Then the song continues with some absolutely amazing portmanteaus.

“So don’t get omicronukkah/on this lovely, lovely Hanukkah/R.I.P. Stephen Sondheimukkah/we love you on this Hanukkah”

The song ends with Haim making sure to mention that they love Adam Sandler. And as it happens, the feeling is very mutual. “Love you ladies! You are three badass jews! See you on tour!” Sandler tweeted Friday morning.

You can listen to the song yourself right here. And, like we said, it’s absolutely delightful. We dare you not to love it.

And here’s the very original version of Sandler’s song.