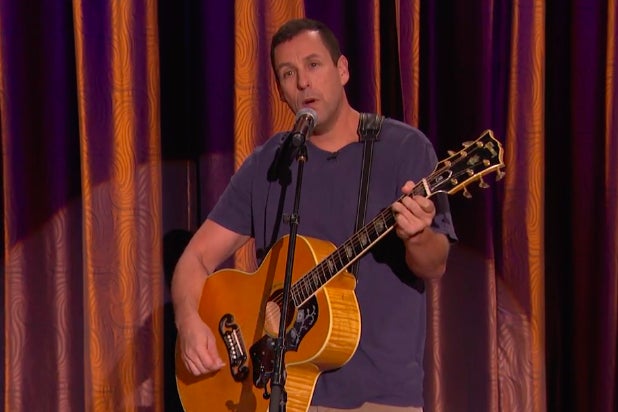 The “Happy Gilmore” star will host the show for the first time on May 4 along with musical guest Shawn Mendes, NBC announced Friday morning.

Sandler joined the “SNL” as a writer in 1990 and was in the cast from 1991-95. He was known for his many sketches paired opposite Chris Farley, as well as his “Weekend Update” character Opera Man and his festive tune “The Chanukah Song.”

“We are happy to welcome Adam back to ‘SNL’ in what is sure to be a special night,” executive producer Lorne Michaels said in the statement announcing Sandler’s return.

Sandler has dusted off some of his old songs and routines on “The Tonight Show” in the past, and he appeared on the “SNL” 40th Anniversary special in a song with Andy Samberg and The Lonely Island, but this is his first hosting stint.

Sandler’s latest comedy special, “100% Fresh,” is currently available on Netflix and his next film, “Murder Mystery,” premieres on the streaming platform later this year.

Shawn Mendes will return to “SNL” for his second appearance as musical guest. The Grammy Award-nominated singer-songwriter is currently headlining a worldwide stadium and arena tour.