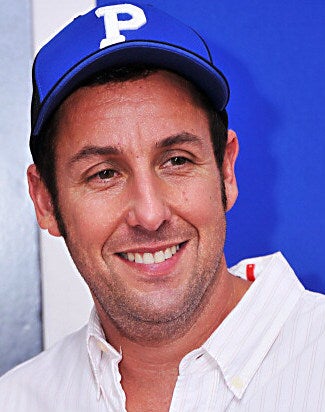 Adam Sandler is set to star in Chris Columbus‘ big-budget Sony movie “Pixels,” while Kevin James and Josh Gad are in early talks to join the comedy superstar, though other actors remain in the mix, an individual familiar with the project has told TheWrap.

Sandler’s “Just Go With It” co-star Jennifer Aniston has been courted for the female lead and not only is she a fan of the script, but there was mutual interest in having her reteam with Sandler. However, with “Mean Moms” picking up steam at New Line, the scheduling hurdles may prove too tricky to overcome.

Sandler’s Happy Madison banner is producing the movie, which was developed as a starring vehicle for the “Saturday Night Live” veteran. Seth Gordon (“Horrible Bosses”) will executive produce.

Tim Herlihy wrote the first draft of “Pixels” though it was Sandler’s “Just Go With It” scribe Tim Dowling whose draft enticed Sandler and Columbus to sign on.

While Herlihy’s script was in line with Happy Madison’s unique brand of humor, the studio wanted more of a tentpole-sized action-comedy in the vein of “Ghostbusters,” so Dowling was tasked with making the project a bit bigger and broader in scope.

Gordon was brought on because of his experience working with veteran gamers on “King of Kong,” as the heroes in “Pixels” are rumored to be video game experts who are recruited by the government to help deal with the threat.