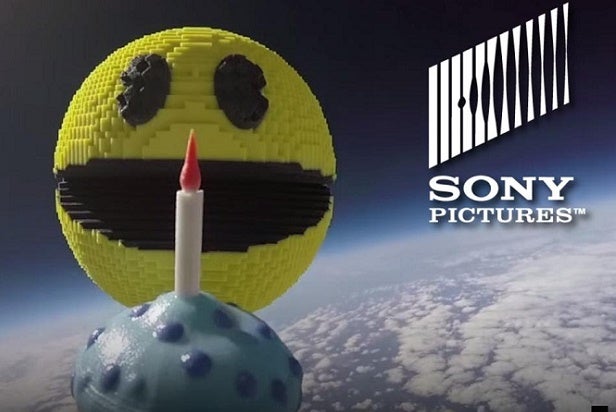 It remains last in market share among the major studios. Worse, it has an identity crisis. Until it answers the question of “Who is Sony Pictures?” it will remain “the studio that got hacked.”

Most of the other major studios have distinct identities. Disney, under chairman and chief executive Robert Iger, is defined by extraordinary brands — its own, as well as Marvel, Pixar and Lucasfilm’s “Star Wars.” Fox has filmmaker-driven franchises like James Cameron’s “Avatar” and Bryan Singer’s “X-Men”and the pop literature world of Fox 2000. Universal has male- and female-skewing franchises guided by co-presidents of production Jeffrey Kirschenbaum and Peter Cramer and chairman Donna Langley.

Warner Bros. is behind franchises like DC Comics, the Harry Potter spinoff trilogy “Fantastic Beasts and Where to Find Them” and the LEGO movies, and bolstered by Sue Kroll, president of worldwide marketing and international distribution. Lionsgate is the scrappy upstart, on the prowl for its next youth-skewing franchise to replace “The Hunger Games” and “Twilight.”

That leaves two laggard studios: Paramount, which is scrambling with aging franchises like “Terminator,” “Transformers” and “Mission Impossible,” and Sony.

Prior to this year, Sony had competed under former co-chairman Amy Pascal with a mix of prestige films from producer Scott Rudin, the James Bond movies and crowd-pleasers featuring Spider-Man and Sandler, whose low-brow comedies have seen diminishing box office returns in recent years. (The comic may have found an ideal home at Netflix, where he recently signed a four-movie deal, since the streaming service doesn’t divulge ratings.)

But Pascal had stumbled long before the hack. The best days for Spider-Man and Sandler may be in the past, and Sony’s multi-film deal for 007 expires after this year’s “Spectre,” with indications that MGM will team with Warner Bros. going forward. Replacing solid franchises isn’t going to be made easier by the nasty Pascal e-mails directed at A-list talent like Angelina Jolie that were leaked by the hackers and surely resonate with other big-name players.

Sony not only needs to figure out where it fits in Hollywood, it must determine where it fits within the corporate strategy of its parent Sony, whose CEO Kazuo Hirai has his own challenges figuring the right course for the faded electronics giant.

Managing corporate brass and guiding synergistic strategies matters as much as managing employees for studio executives these days. Just look at how Universal, under Comcast, has nailed cross-promotions for “Minions” and has the little yellow guys crawling all over NBC and its other stations. Warner Bros. can’t wait to make hay with Batman, Superman and Wonder Woman with its TV and video game divisions.

As a gaming company, Sony and its PlayStation 4 have been crushing the Microsoft Xbox. But before you can capitalize on a hit movie, the movie has to hit. It looks like Fox will beat Sony to the big screen with one of its big game franchises “Assassin’s Creed,” a vehicle for Michael Fassbender and Marion Cotillard slated for release in December 2016, while Sony plugs away in prolonged development on the Indiana Jones-like “Uncharted.”

Having parts of its long-term strategic plans among the 300,000 leaked documents and emails hurt, and Sony is now on the defensive and playing from behind. That’s why they had to turn to enlist Disney and Marvel for help re-invigorating Spider-Man.

But there’s hope. History suggests that studio slumps are cyclical. Exhibit A is Universal, which has turned around spectacularly in the past two years under NBC/Universal chief executive Steve Burke. The industry likes to have places to work and sell projects to. And under chief executive and co-chairman Michael Lynton and Pascal’s replacement, Tom Rothman, they’re making movies that have the potential to turn things around. Strong films already due later this year include the Bond film “Spectre,” Jack Black’s “Goosebumps,” “Hotel Transylvania 2” and Will Smith’s “Concussion.”

President of Worldwide Marketing and Distribution Josh Greenstein is still in the process of reorganizing his departments formerly under the departed Jeff Blake. The addition of president of international film/TV Sanford Panitch, who made Fox’s foreign development program a winner, will help as well. Sony needs to build on the relationship with filmmakers Phil Lord and Chris Miller, who delivered the “Jump Street” hits, and find similar talents to fill out its slate.

In addition to bringing greater financial scrutiny and creativity, Rothman has wisely focused on a diverse, globally focused mix of films, several with franchise potential like Steven King’s” The Dark Tower” and “Uncharted.” Beloved properties like “The Magnificent Seven” and “Jumanji” have potential, and they are gambling on some original films like “Money Monster,” “The Shallows” and “The Lamb.”

All of that will help Sony get through the next year or two. Do it right, develop a real sense of identity in the process, and it will no longer be “the studio that got hacked.”