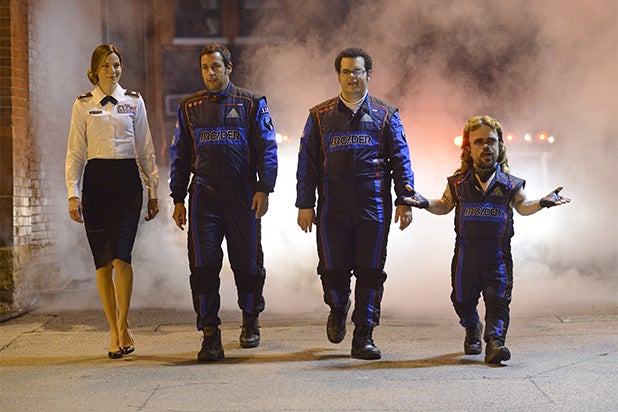 Chris Columbus directed from a script by Tim Dowling and Tim Herlihy. The film is based on the award-winning short film by Patrick Jean.

James plays the President of the United States, who calls upon his childhood best friend (Sandler) and a team of legendary games to save the planet from an alien invasion featuring popular video game characters such as Pac-Man, Donkey Kong and many others.

Sony will release “Pixels” on July 24, so get your quarters ready and in the meantime, watch the first trailer below.