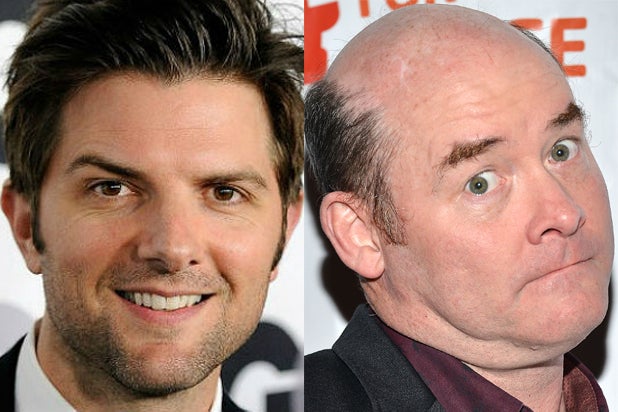 Fresh off the series finale of “Parks and Recreation,” Adam Scott has signed on to star in Legendary’s holiday horror comedy “Krampus” along with “Anchorman” actor David Koechner and “The Carrie Diaries” actress Stefania Owen, TheWrap has learned.

Story is based on an ancient legend about a pagan demon who punishes wicked children. Anthony will play a target of the Krampus who serves as the hero of the film.

Scott and Koechner will play fathers whose children have gone missing under mysterious circumstances. Owen will play Scott’s daughter.

“Trick ‘r Treat” filmmaker Dougherty co-wrote the script with Todd Casey and Zach Shields, and Universal will release the movie on Dec. 4, 2015.

Scott currently stars in “Hot Tub Time Machine 2” and will soon be seen in a pair of Sundance movies — Leslye Headland’s “Sleeping With Other People” and “The Overnight,” the latter of which he also executive produced. Scott also co-stars alongside Johnny Depp in WB’s upcoming Whitey Bulger movie “Black Mass,” though he told TheWrap at Sundance he doesn’t get the chance to do a Boston accent in that film. Scott is represented by WME and Mosaic.

Best known for his role as Champ Kind in the “Anchorman” movies, Koechner recently starred in the terrific genre movie “Cheap Thrills” and will next be seen in DirecTV’s original series “Full Circle.” He’s repped by CAA and Brillstein Entertainment Partners.