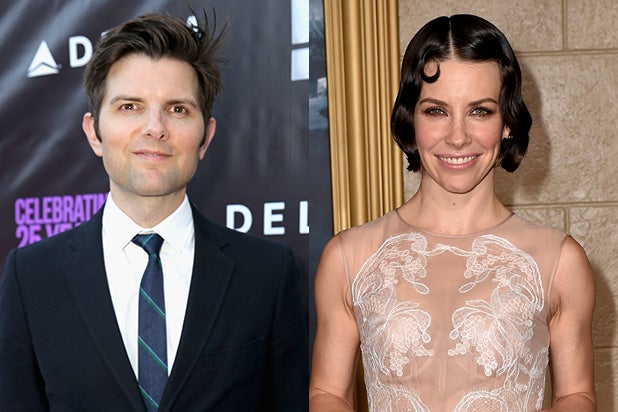 Adam Scott and Evangeline Lilly have been cast as the lead roles in the Netflix comedy film “Little Evil,” TheWrap has learned.

Scott will star as Gary, a man who has just married the woman of his dreams, Samantha (Lilly). But the honeymoon is short-lived when Gary begins to suspect that his new wife’s six-year-old son is actually the Antichrist. Production is slated to begin next week in Cleveland, Ohio.

Scott Stuber is producing through his Bluegrass Films banner. He has previously produced comedies like this summer’s hit “Central Intelligence,” as well as “Ted” and its sequel, and “A Million Ways to Die in the West.” Jason Michael Berman and Dylan Clark will also produce. Mark Moran and Nicholas Nesbitt will serve as executive producers.