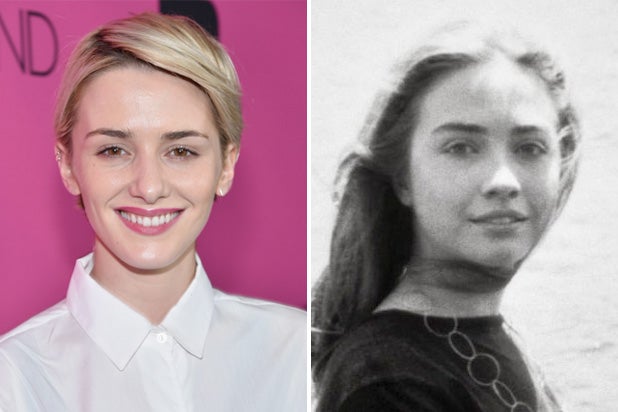 The just-completed project covers the year Clinton spent traveling Alaska and working odd jobs between college and the start of her law career in 1969, TheWrap exclusively reported on Sunday.

Timlin, whose festival entry “Like Me” is currently screening at SXSW, will play the presidential candidate at age 22, her spokesperson confirmed following an interview with “Moth” directors Magdalena Zyzak and Zachary Cotler.

Zyzak and Cotler, who also co-wrote the script, described the movie as the second “part of this diptych on female power.”

The first part would be “Critically Endangered Species,” which stars Lena Olin and Rosanna Arquette and is also an entry in this year’s SXSW Film Festival. Cotler insisted “Moth” is “not a biopic” while appearing with Zyzak at TheWrap’s Austin interview studio on Saturday.

“It’s about how politics makes you not real,” he added.

The story of Clinton’s youth in Alaska has long been told  in her stump speeches, one-on-ones with press and in her general biographical narrative — specifically that she spent a year “sliming fish” in an Alaskan cannery, her husband President Bill Clinton said last July.

There has been some dispute about the veracity of Clinton’s time there — as there are no records of her employment at any fish factory in the state, despite the folksy stories of her scooping eggs out of “purple and black and yucky looking” fish.