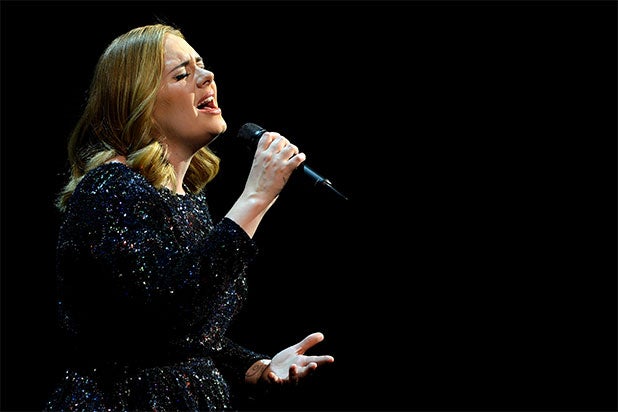 The British singer’s album broke records when it sold 3.38 million copies during its first week in the U.S. alone. But for the past seven months, Adele has not made her widely popular album available to streaming listeners.

“I know that streaming music is the future, but it’s not the only way to consume music,” the singer said in an interview with TIME last December. “I can’t pledge allegiance to something that I don’t know how I feel about yet.”

Adele’s decision drew comparisons to Taylor Swift, who has continued to withhold her album “1989” from streaming services that offer a free membership option, such as Spotify, and penned an open letter to Apple Music asking that it improve the way it compensated artists.

Though select singles — “Hello,” “When We Were Young” and “Send My Love (to Your New Lover)” — have already been available for streaming, the album in its entirety will be available starting at midnight ET this Thursday on Spotify, Apple Music, Tidal, Amazon Prime and Google Play.