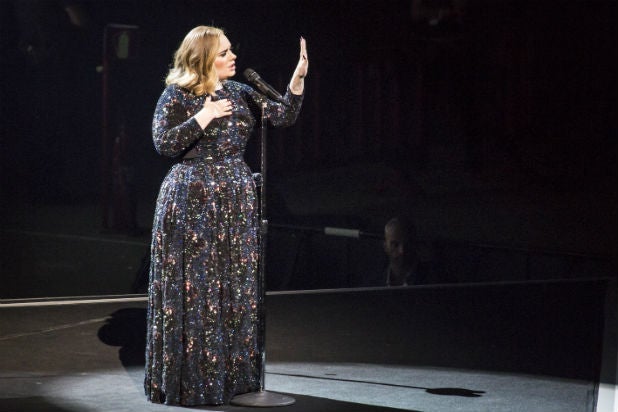 Sorry, Adele fans; she’ll never write an album as good as “21” again, and it’s all her kid’s fault. Or at least, the sobriety that she’s undertaken since she had her son.

In a new cover story for Vanity Fair, the “Rolling in the Deep” chanteuse admits that she’ll never write material as good as the tunes from her 2011 album “21,” because, since having her son three years ago, she no longer gets hammered like she used to.

“I can see from an outsider’s perspective that I will never write songs as good as the ones that are on ’21,’ but I’m not as indulgent as I was then, and I don’t have time to fall apart like I did then,” the singer said. “I was completely off my face writing that album, and a drunk tongue is an honest one. I would drink two bottles of wine, and I would chain-smoke. Then I’d write the lyrics down and the next morning think, ‘F-ck, that’s quite good.’ Then I’d find the melody. “

And now? Not so much.

“But since I’ve had my baby, I’m not as carefree as I used to be,” Adele said. “I’m scared of a lot of things now because I don’t want to die; I want to be around for my kid. I’m very cautious.”

And also, the morning after can be a real bitch with a kid around.

“Having a hangover with a child is torture,” she added. “Just imagine an annoying 3-year-old who knows something’s wrong; it’s hell.”

Also Read: Adele Dedicates Concert to Brangelina: 'The End of an Era' (Video)

We’ll drink to that — and maybe even have one in Adele’s honor.