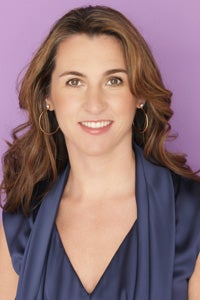 As TheWrap first reported way back in February, A&E has given History Channel president and general manager Nancy Dubuc the added responsibility of Lifetime Networks, the company announced on Tuesday.

Dubuc will be given the president and GM title of Lifetime alongside History, reporting to AETN CEO Abbe Raven.

Even before Wong left, Dubuc had been seen as a likely candidate to take the top spot at Lifetime once A&E Networks took control of the channel last year. Such speculation was batted down for months, since Wong was still in place.

Dubuc has been a superstar at History, turning the sleepy cable network into an unscripted powerhouse with shows such as "Ice Road Truckers" and the more recent "Pawn Stars." She had previously helped re-create A&E with "Growing Up Gotti" and "Intervention."

Season two of "Drop Dead Diva" is also set for an upcoming premiere, but there’s a clear need for Dubuc to nurture more hits.