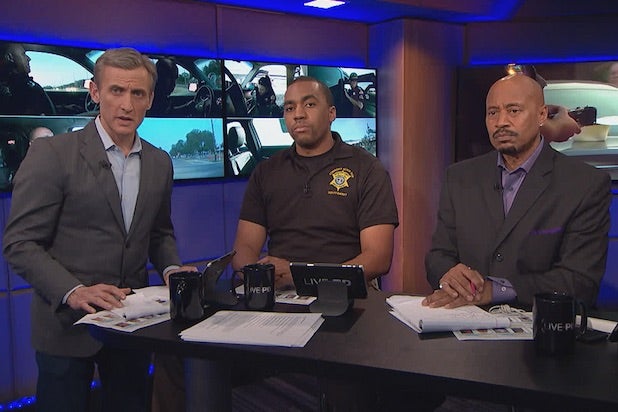 The power outage occurred around 3 p.m. ET and forced the show to go dark. An onscreen crawl over a repeat episode tonight read, “Due to a power outage live broadcast operations for Live PD have been suspended.”

“Everyone is safe, however the studio has been evacuated,” the network said in a statement. A&E went on to deliver a bit of good news for the freshman nonfiction series: “‘Live PD’ hit a series high this past Saturday, with 1.5 million viewers tuning in for the 3-hour broadcast.”

“Live PD,” which usually airs Fridays and Saturdays at 9 p.m. ET, offering a transparent look at law enforcement on duty with the use of dash cams, fixed rig and handheld cameras capturing the action of a typical Friday night in both urban and rural areas.